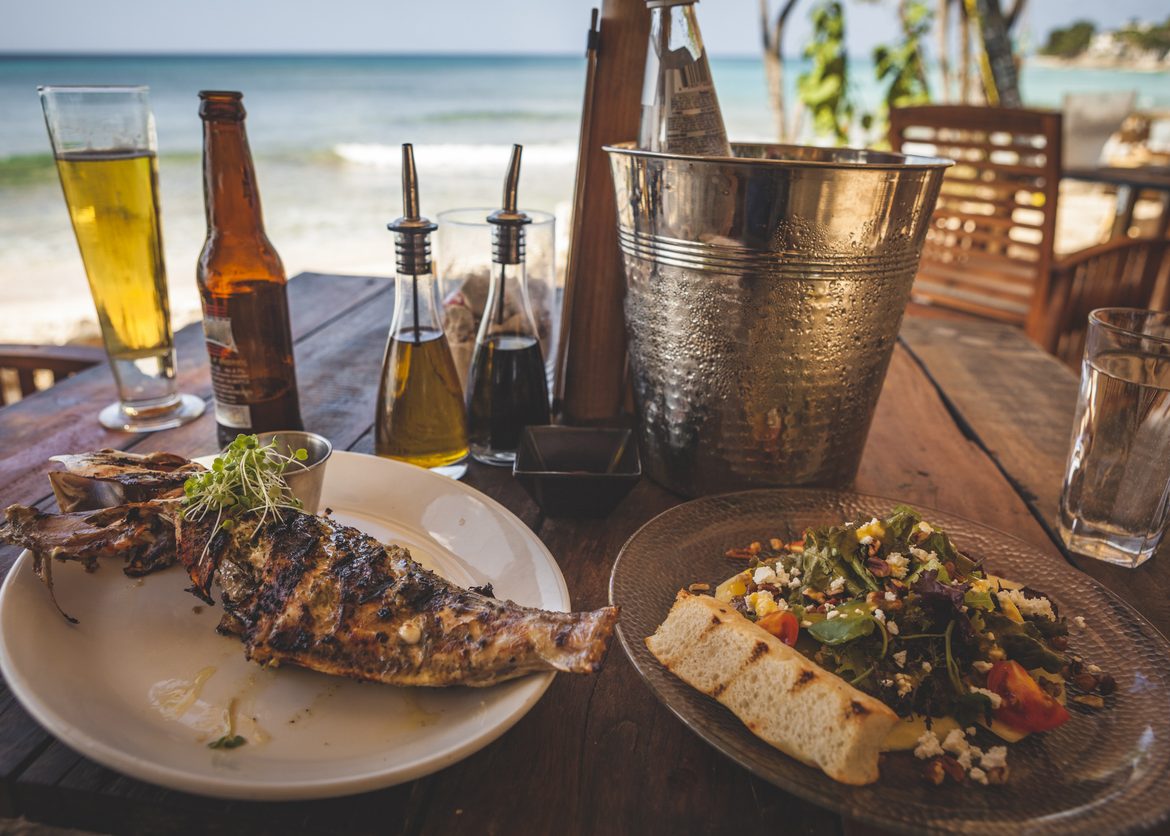 Making it to Montserrat

Published on January 8, 2022 by richard steele

If you want to include an island not visited by mega cruise ships and with no high-speed ferry from neighboring tourism hubs on your itinerary, then magical Montserrat is for you. Located in the middle of the Lesser Antilles, the petite island of Montserrat is an easy journey from most of the more fashionable destinations, approximately thirty-five nautical miles southwest of Antigua, forty-some nautical miles southeast of Nevis, and forty-four miles northwest of Guadeloupe. In addition to its hospitable people, tropical foliage, black sand beaches, and a spectacular volcano, visiting Montserrat via yacht permits you to enjoy some of the interesting rock formations and a sea-side look at the exclusion zone along the southern end of the island.

Probably the most known yet misconceived attraction on Montserrat is the fascinating Soufrière Hills volcano. Notoriously remembered for the tragic destruction of the capital of the island in 1997, the Soufrière Hills volcano is now one of the most closely monitored active volcanos in the world.  This volcano has been intermittently active for thousands of years with the most recent eruptions commencing in 1995.  As smoke, steam and ash began spewing into the air above Montserrat, the capital town of Plymouth was evacuated. However most residents returned a few months later, ultimately contributing to the tragic death of nineteen people in late June 1997, when a massive eruption and following pyroclastic flow wiped out everything in its path. Over the next several weeks, a series of additional eruptions destroyed what was left of Plymouth, leaving the ruins beneath multiple feet of ash. After the devastating eruptions, the British Navy helped evacuate the entire southern half of Montserrat, which is still abandoned and makes up the exclusion zone, mostly off-limits to humans.

Notwithstanding, the Soufrière Hills volcano has created some positives for the island. Since the most recent series of eruptions the island’s size has increased by more than five square miles, and without human interference, nature in the southern end has flourished. The creation of the Montserrat Volcano Observatory also provides opportunities for eco-tourism and research excursions that allow for better understanding and appreciation of the earth. Because the volcano is closely monitored to the extreme and permits are required to take a guided tour anywhere in the exclusion zone, adventurous visitors can feel safe as they trek through the area, always remaining at least three miles away from the summit. If an up close view of a live volcano is not for you, even from a distance the smoldering views of the volcano are unequivocally mesmerizing.

Ashore on Montserrat in addition to the Soufrière Hills volcano, visitors can stroll along its black sand beaches including Woodlands Beach, Isle’s Bay Beach, and Barton Bay Beach. One of the most picturesque sunsets in the Leewards can be seen behind the onyx cliffs along a portion of Woodlands Beach, where the sun projects vivid colors as it dips into the sea. The pier at Isle’s Bay Beach is a great place to see how the volcano has enlarged the island. Before the late twentieth century eruptions, the pier extended out into the bay but is now completely surrounded by the newly added land. Barton Bay Beach is the closest accessible coastline to the exclusion zone and is overseen by the majestic smoking volcano. Also at Barton Bay, visitors can view a black stone archway, geothermal hot springs, and the ruins of a historic fort. In addition to these ebony-colored shores, Rendezvous Beach is the island’s single white sand beach and a great place to hike or play in the blue clear water. It also makes a nice anchorage depending on the weather.

The lush foliage and remote unoccupied areas make Montserrat a wonderful place to hike, snorkel, and scuba dive. There are several guide operations that allow you to maximize your experiences within the healthy ecosystems. Also, a must-visit attraction is the relocated National Trust’s Botanic Garden. The former garden was reclaimed by nature as a part of the exclusion zone and the new garden is an important conservation and research oasis. Because you are arriving via yacht, you might also elect to explore the Pinnacle Rock and Statue Rock formations off the eastern coast, created over many years from layers of hardened ash, lava, and rock. As you arrive or depart, depending on your itinerary, you may want to sail around the southern tip of Montserrat to get another perspective of the exclusion zone from the sea. But you cannot anchor here in some of the formerly best anchorages on the island, because the exclusion zone extends two miles into the sea surrounding the southern half of the island.

While moored in Montserrat, there are many options for dining on authentic West Indian cuisine. One of the better breakfast stops is Mary’s Takeout in a colorful little hut under a silk-cotton tree. JD’s Bakery and Hilltop Coffee House are also nice choices for breakfast onshore. If you want to take a break from your island adventures to enjoy an authentically prepared lunch, The People’s Place, The Attic, and Time Out Restaurant Bar and Grill are all good possibilities. If you choose to head to shore for dinner while anchored off Montserrat, Summer Breeze Restaurant, Watermelon Cottage, and Ziggy’s Restaurant provide top-notch dining experiences.

Montserrat, like its Caribbean neighbors, has varying seasons that might dictate when you visit. Depending on your preferences, there are pluses and minuses during each month. However, if you like to celebrate and experience the unique heritage of your destinations, two months stand out in Montserrat, March and December.

The only country outside of Ireland that considers St. Patrick’s Day a public holiday, Montserrat celebrates for an entire week. Partially influenced by the large contingent of Irish Catholic settlers in the seventeenth century, it additionally commemorates the importance of an unsuccessful slave rebellion in 1768. The unique history lends itself to a week of cultural celebration during the St. Patrick’s Day Festival that takes place in mid-March, culminating on March 17th. The festivities begin with a torch-lighting, continuing with soca and reggae concerts, pub crawls, and traditional games and food stalls. You can also enjoy the freedom run and masquerade dance, but one thing you will not see are leprechauns.

Another joyous time to visit Montserrat is during Carnival, taking place for two weeks in mid-December through January 1st. Carnival is an exciting time of celebrating the island’s talent, music, and culture on a more intimate and convivial scale than some of the more populated islands. There are several days of festivities ending with a grand parade on New Year’s Day.

If you are unable to make it to Montserrat during either of these cheery holidays, there is still a great deal to enjoy on this misunderstood destination. Although only half of the island is inhabited, it is full of natural beauty, friendly welcoming residents, and unique and informative sights. It might be a little out of the way and require more planning to include in your itinerary, but once you make it to Montserrat, you will be very glad you did.

For more information on booking a charter, please leave us your details and we will reach out to you shortly.