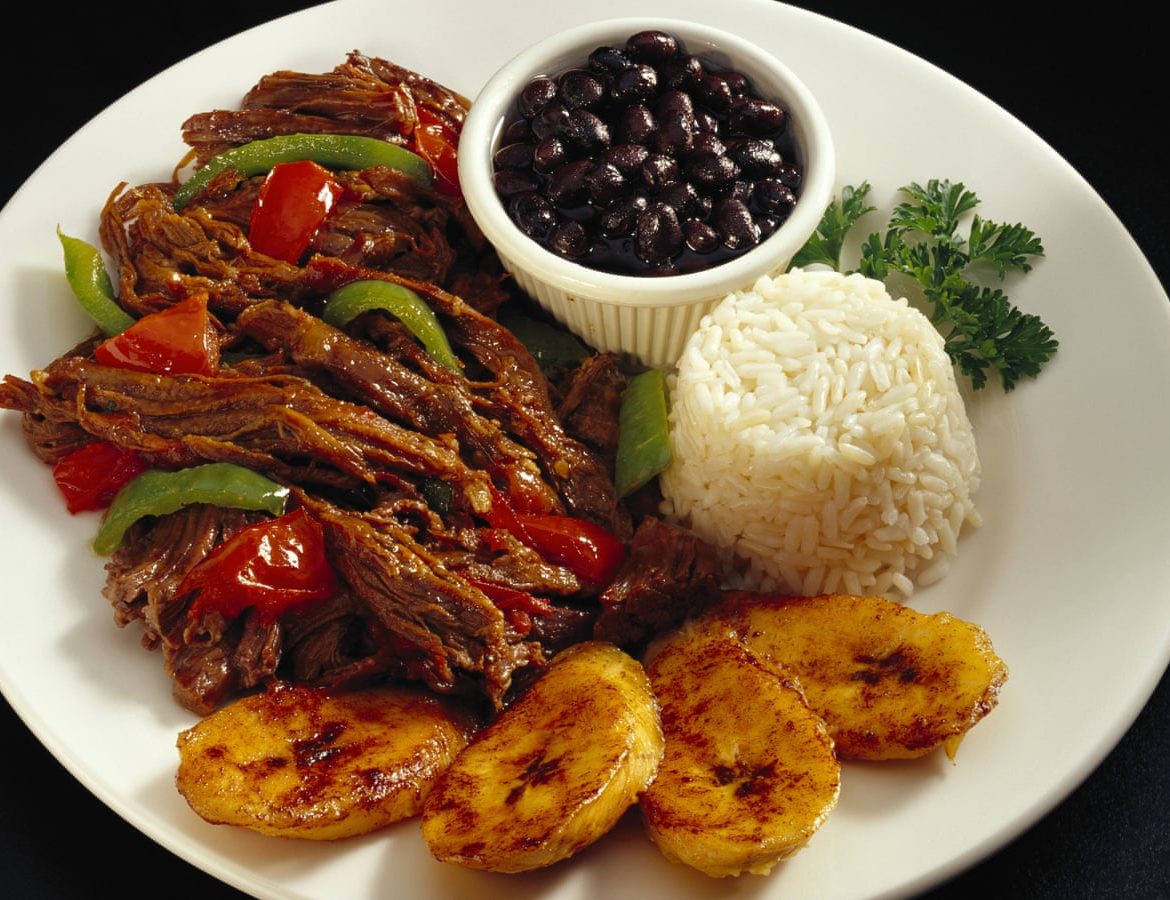 Specialty Foods and Drinks of the Caribbean (C-D)

This is the second in a series of articles celebrating the unique culinary specialties of the Caribbean Islands.

The islands of the Caribbean have storied pasts and while there are similarities, each island nation is influenced by the distinctive cultures that are part of its history. Because of the diverse groups of people who settled there, each island of this region has a unique history and culture that influences the cuisine. Since chartering a yacht is an adventure, why not be an adventurous diner and sample some of the extraordinary local dishes that celebrate your charter destination’s uniqueness.

Cayman Islands
Located in the northwestern Caribbean Sea on the boundary between the North American and Caribbean tectonic plates are Grand Cayman, Little Cayman and Cayman Brac, the three islands that make up this overseas territory of Great Britain. These islands were initially named Las Tortugas by the Spaniards who arrived with Columbus on his last voyage to the West Indies because of all the sea turtles in the area. However, taken from the Caribbean Indian word caimans, the name was changed to the Cayman Islands later in the sixteenth century, in reference to the marine crocodiles that inhabit the islands. Losing the turtle inspired name preceded the elimination of the wild sea turtle population in the late 1700s, which came about largely because of unregulated fishing.

The culture and cuisine of this tourist and banking mecca is influenced by descendants of British mariners and pioneers, slaves, refugees from the Spanish Inquisition, and pirates. They are also heavily impacted by Jamaican heritage, particularly in their cooking. A majority of the food in the Cayman Islands is imported but they do grow many of the same fruits and vegetables found on other Caribbean islands. Caymanians raise cattle and poultry as well, but they also farm a unique ingredient that is not available anywhere else in the Caribbean.

The national food of the Cayman Islands is turtle meat, no longer taken from the wild but farmed at the government run Cayman Turtle Centre. This largest land based tourist attraction in the Caymans raises the endangered green sea turtle for both conservation and consumption. The somewhat controversial practice has helped increase the green turtle population in the wild by releasing farm raised hatchings and preventing poaching of what many Caymanians consider a delicacy. Because turtle meet is an historically significant ingredient to the native islanders, the farmed turtles provide the meat, offered at a subsidized price, to prevent the illegal fishing of wild endangered sea turtles.

If you are wanting to partake in truly traditional Cayman Islands foods, you might sample some turtle stew or turtle soup; but if you feel uneasy about dining on an endangered species, there are other options for enjoying local flavors. Try a freshly caught tuna, snapper or mahi mahi prepared Cayman Style, which is lightly breaded and tossed in a delicate tomate sauce with sweet peppers and onions. Whichever entree you select, for dessert indulge in a bit of Heavy Cake. Made from cassava root or yams, brown sugar, butter, a variety of spices, and coconut milk this dense dessert has a similar texture to bread pudding.

Notable Caymanian beverages include locally made Caymans Islands Brewery beers, Swanky, the Cayman Mudslide, and libations made with Seven Fathoms rum, distilled in the Cayman Islands. The craft beer selections include the most popular Caybrew beer, but there are also additional unique offerings like the Mango Tango lager, Shell Shock IPA, Seven Mile Wheat, and the Gone to Helles. Swanky is a refreshing traditional drink of limes, sour oranges, and brown sugar, turned into a delicious cocktail with the addition of rum (try Seven Fathoms). If you opt to drink your dessert, the Mudslide was actually created in the Cayman Islands and is made combining vodka, Kahlua and Bailey’s, and garnished with cinnamon and a brandied cherries.

Cuba
Referred to as the Pearl of the Antilles, Cuba is located where the Northern Caribbean Sea meets the Gulf of Mexico and the Atlantic Ocean. The history of this remarkable country begins similarly to other Caribbean nations; however, Cuba was more embattled than its neighbors in its more recent history. Their culture is shaped by their initial reliance on Spain, then the United States, and most recently the Soviet Union, but Cuba’s heritage also reflects their tumultuous struggle for independence during the Spanish-American War, the Ten Years’ War, and the Cuban War of Independence. Even after achieving independence, Cuba continued to experience civil strife and unrest and became increasingly economically and politically isolated.

Cuban cuisine is shaped by its Aboriginal, African, Spanish and Chinese ancestors, but the Cuban Revolution and the Cold War impacted Cuban food as well, since Cubans were forced to change their diets because of restrictions on imports and food rationing. Because historical events influenced the culinary culture of the country, while in Cuba particularly, it is more about where to dine than what to select.

As far as selections, the options for traditional Cuban fare are vast and typically include heavily marinated and slowly cooked meats in vegetable sauces served with rice and bean like arroz con pollo, ropa vieja, and picadillo. Ajiaco, lechón, croquettes, and medianoches are additonal traditional options and for side dishes, yuca and congri are common staples. No matter what you choose, for an authentic Cuban dining experience, eat your meal at a paladar.

In Cuba where almost everything is run by the state, paladares are private restaurants typically located in peoples’ homes and are the inspiration for current Cuban culinary innovation. Paladares are staffed by passionate chefs, serve excellent food, and will allow you to experience authentic Cuban dining. To complete your authentic Cuban dining experience, end your meal with a cup of Cuban coffee, a type of finely ground espresso sweetened with demerara sugar, a raw brown sugar.

Dominica
In the eastern Caribbean between Guadeloupe and Martinique is Dominica, an independent country and member of the Commonwealth. The largest Windward Island, mountainous Dominica has a wet tropical climate, abundant rainforests, crater lakes, and amazing waterfalls plunging into rumbling rivers. Because of its fertile soil, the economy is mostly dependent on agriculture, principally bananas, citrus fruits, and coconuts. Cocoa, coffee, and herbal oils are also significant exports. Domestic fishing has come back to Dominica after the entire fleet of fishing boats and most of the banana crop were demolished by Hurricane David in 1979, and the island nation has recently begun successfully farming prawns.

In Dominica, lunch is typically the main meal of the day and many menus simply offer “fish lunch” or “chicken lunch” with a choice of sides. You might also see fish braf or pig braf which refers to the Dominican method of cooking a collection of ingredients in one pot. Be warned that because of the historical lack of refrigeration, most meat and seafood is overcooked by international standards.

If the menu touts ground provisions, that is referring to one or a combination of local root vegetables including yam, eddoe, dasheen, and sweet potato. If you find a more detailed menu, you might try the traditional Sancoche, codfish prepared with coconut milk and provisions a.k.a vegetables. For a quick snack, stop by a road side stand for a baked, fried flour and water dough, stuffed with saltfish (cod), tuna, or cheese.

If you are thirsty, local beverages worth your while include the award wining Kubuli beer, brewed in Dominica using natural spring water, and special recipes of blended rums. There are two rum distilleries in Dominica, Belfast Estate and Macoucheri Estate, producing a variety of rums that the locals decant and infuse with herbs, spices or tree bark. A more famous Dominican blend uses the bark from the bois bandé tree and is said to be an aphrodisiac.

Dominican Republic
Located on the eastern side of Hispaniola, the second largest island in the Greater Antilles, the Dominican Republic is diverse in many ways, geographically, ethnically, and socio-economically.

Because of the melding of the varied cultures, uniquely Dominican traditions are difficult to determine but most culinary practices emulate its Hispanic heritage, with significant African influences. Additionally, the cuisine is varied throughout socio-economic classes, with poorer populations favoring rice, beans, and vegetables, while fresh seafood, tropical fruits, spices, and peppers are more widely incorporated into middle and upper class dishes.

Beginning with entrees, the most common dish that reflects Dominican culture is Sancocho de Siete Carnes. While this meaty stew is found in other Latin American regions, this version is particular to the Dominican Republic. It stews together seven cuts of meats from four different animals along with plantains and root vegetables. For a truly unique Dominican breakfast, try Mangú which is mashed plantains, with eggs, fried salami, and queso frita, known collectively as Los Tres Golpes (The Three Strikes). For a special dessert that is important to the Dominican people, especially during Lent, indulge in Habichuelas con Dulce, and yes that translates to sweet cream of beans.

Don’t knock it until you try it, but if you are not that adventurous, have some Bizcocho Dominicano instead. This is a special cake that is popular during celebrations in the Dominican Republic and is an airy, buttery confection filled with pineapple.

To drink, enjoy a Morir Soñando, the most popular Dominican drink that combines milk, sugar and fresh squeezed orange juice. The english translation is “to die dreaming” and if you are a fan of the Dreamsicle or Creamsicle, you can thank the Dominicans for this delicious combination. For something with a bigger bite add rum or Licor 43 to the previous delicacy or try a Mamajuana, an herbal elixir made with cured tree bark soaked in rum, red wine and honey.

Another option is the Santo Libre, the most traditional cocktail mixing rum, soda, and lime. Recommended local beers include the prominent Presidente, as well as Bohemia Especial, and Cerveza Quisqueya.

You may also want to read the additional articles in this series for more local dishes and drinks that celebrate the uniqueness of each Caribbean Island. 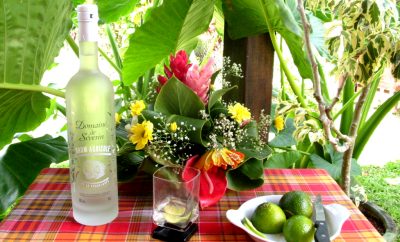