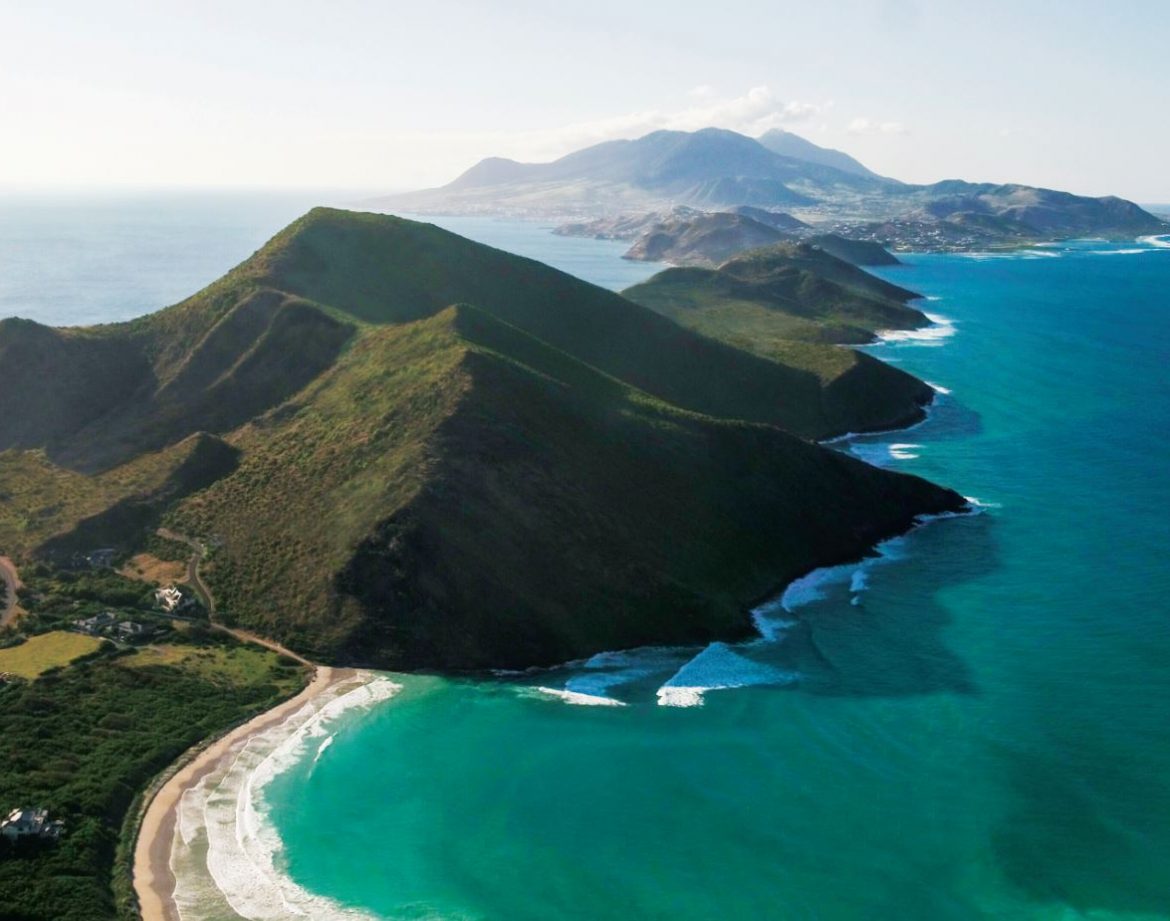 Traditional Foods and Drinks of the Caribbean St. E-St. K

This is the sixth in a series of articles celebrating the unique culinary specialties of the Caribbean Islands.
The islands of the Caribbean have storied pasts and while there are similarities, each island
nation is influenced by the distinctive cultures that are part of its history. Because of the diverse
groups of people who settled there, each island of this region has a unique history and culture
that influences the cuisine. Since chartering a yacht is an adventure, why not be an
adventurous diner and sample some of the extraordinary local dishes that celebrate your
charter destination’s uniqueness.

St.Eustatius
Part of the Kingdom of the Netherlands, St. Eustatius, also known as Statia, is a small island
with an immense history and it played an important role in America’s struggle for
independence. Owned by the Dutch during the American Revolution, St. Eustatius was the
busiest and most affluent island in the Caribbean, and therefore was a strategic midpoint for
shipping weapons and ammunition to America. Statia was also the site of the first international
recognition of American independence as it welcomed a ship flying the new flag of the United
States with a gun salute as it dropped anchor in St. Eustatius harbor on November 16, 1776. A
plaque presented by the Daughters of the American Revolution to commemorate “The First
Salute,” is prominently displayed at Fort Orange .

Coveted for its location, location, location, the British and then the French fought The
Netherlands over the island’s wealth of resources and the island went through periods of
prosperity and turmoil. As the eighteenth century drew to a close, the era of St. Eustatius as
the Golden Rock came to an end, and while it remains historically rich it is no longer as
economically prosperous.

While Statia is a Dutch Island, the role it played in the history of the United States still has
significance in todays culture. The US dollar is the main currency and the tiny airport is named
after Franklin D. Roosevelt. Unlike surrounding islands in the Dutch Antilles, tourism has not been extensive, but that is changing as more travelers are interested in visiting remote out-of-
the-way destinations and scuba diving tourism has expanded. The increased emphasis on tourism has led to more options for culinary experimentation with
the opening of new restaurants and the monthly Taste of the Islands event. Held the last
Thursday of each month in Oranjestad, the only town and capital of St Eustatius, this cooking
event highlights the diversity of the island’s population and cuisine. While most of the eateries
on the island focus on American, Chinese, European or Caribbean fusion, they serve several
dishes that are unique to Statia.

Influenced heavily by Creole flavors and incorporating indigenous seafood, traditional dishes
mostly include grilled, fried, or spicy stewed fish with sides made from maize. Another uniquely
Statian dish is carnistoba, a spicy goat stew served with similar sides including funchi, a
cornmeal mush (i.e. polenta) or pan bati, which are maize flour pancakes. Influenced by their
ties to the Dutch, imported gouda cheeses are also popular on St. Eustatian tables.
At the end of the meal if you would like to finish off with something sweet, special occasions
call for bolo pretu, a black cake that is a combination of a rum cake and a fruit cake. Most of
the desserts and sweets on Statia are taken from European traditions. Since rum is no longer
made on the island, cocktails that are notable on Statia are not evident, so sip whatever suits
your fancy as you look out over your yacht anchored in the bay below.

While there are not any beaches of note, yachts are welcomed to pick up moorings in the
marine park off Oranjestad so you can head to shore and visit “the land that time forgot.” Enjoy
the solitude of this lesser visited charmer that has no intention of becoming a resort island. As
the director of tourism, Charles Lindo puts it, “We don’t want mass tourism….We want to keep
it nice and quaint: The Caribbean’s hidden treasure.”

St. Kitts and Nevis
Made up of two islands, the Federation of St. Kitts and Nevis is an independent member of the
British Commonwealth and each island has an autonomous premiere and legislature.
“Discovered” and named by Christopher Columbus in the late fifteenth century, St. Kitts is a
nod to St. Christopher the patron saint of travelers, while Nevis is taken from las nieves,
meaning “the clouds.” With a similar history as many islands in the Lesser Antilles, the Carib
Indians were the first settlers until the European colonists took turns overseeing these islands.
Once under British rule, St. Kitts and Nevis unified with Anguilla until 1980 and a fews years
later, received their independence.

St. Kitts and Nevis were large producers of sugar until the early twenty-first century and after
tourism, their largest economic activity involves the export of vegetables and fruits, mostly
coconuts. Because of the vast supply of produce, the cuisine of St.Kitts and Nevis makes
prime use of these local ingredients. A blend of Caribbean, Creole, and European styles, chefs
from these two islands closely protect the traditional recipes. Described as simple, spicy, and
wholesome, the notable dishes of St. Kitts and Nevis utilize techniques of their African
ancestors as well.

The national dish is debatable, it is either goat water stew, or saltfish stew depending on who
you ask. While the protein may differ, the technique and ingredients are similar. Stew the meat
or fish in a tomato based broth with breadfruit and papaya and drop in dumplings, called
“droppers,” and along side add spicy plantains. Other specialty foods include rikkita, beef
marinated in champagne and hot peppers and then fried, and conkies, which are similar to
tamales and are made with cornmeal, grated sweet potato, pumpkin and coconut.
If you would like to enjoy a local drink, noteworthy adult beverages of St. Kitts and Nevis
consist of locally brewed beers, CSR, and the Killer Bee cocktail. Caribe is one of the most
popular beers consumed in the Caribbean, and is brewed on several islands including St. Kitts.
This ubiquitous beer with the bright blue and yellow label is a refreshing mass produced lager
and is one of several selections from Carib Brewing. Craft beers include options from Jolly
Roger Brewing such as the Walk the Plank lager and the Red Sail IPA.

For the more ambitious imbiber, CSR (Cane Spirit Rothschild) is a potent yet pure spirit made
from sugar cane juice. At 95% alcohol by volume, CSR is most often enjoyed mixed with a
splash of Ting. Another unique cocktail that originated on Nevis at Sunshine’s Beach Bar is the
Killer Bee, made by mixing rum, a squeeze of lemon, honey, soda, passion fruit puree, and
black pepper with a dash of nutmeg on top.

Enjoy these cuisines yourself on board your luxury yacht charter.