Traditional Specialty Foods and Drinks of the Caribbean S-St. B

This is the fifth in a series of articles celebrating the unique culinary specialties of the Caribbean Islands.
The islands of the Caribbean have storied pasts and while there are similarities, each island
nation is influenced by the distinctive cultures that are part of its history. Because of the diverse
groups of people who settled there, each island of this region has a unique history and culture
that influences the cuisine. Since chartering a yacht is an adventure, why not be an
adventurous diner and sample some of the extraordinary local dishes that celebrate your
charter destination’s uniqueness.

Saba
A special municipality of the Netherlands, Saba is basically the exposed top of a dormant
volcano. This five square mile island in the Lesser Antilles is home to three separate
ecosystems, surrounded by a marine park, and is known for its environmental conservation
and extraordinarily friendly residents. Unlike many of its neighbors, Saba was discovered by
shipwrecked Europeans as a deserted island in the 1600s and most of the couple thousand
residents are descendants of just a few families.

As you explore biodiverse Saba you will encounter rainforests and cloud forests, and you will
also notice that the goats do roam. Before fishing and tourism began to flourish, this rugged
island was known for its goat production. The free-range goats have become a problem
though, and just recently the government began a goat control project with the goal of
removing the free roaming animals to improve sustainable goat farming and recover natural
vegetation and local produce on the island.

It is not surprising then, that the notable foods on Saba include goat and seafood, as well as
exotic fruits that prosper in the unique climate zones. Although very small, Saba has several
very fine restaurants and is known for fine dining and delectable cuisine. A few of the
restaurants incorporate mainly local ingredients but you might also enjoy a traditional meal in a
more authentic environment. Because they are so welcoming and close-knit, do not be
surprised if you are invited to the home of a Saban resident for a meal or two.

The residents of this island are proud of their heritage and enjoy sharing stories and sustenance with guests.
The waters around Saba are some of the cleanest in the hemisphere and because they are
protected, sea life is abundant. While any daily fresh catch is recommended, if “Saban” lobster
is on the menu it should not be missed. Additionally because of the purity of the water, Saba
might be the best place to try the invasive non-native Lionfish, which helps protect native
species and is also a very delicious flaky white fish.
If you have never tried goat before, Saba offers goat prepared in a variety of ways but is most
known for curried goat. Goat is the most consumed meat in the world although it is not widely
eaten in the United States. It is very enjoyable when prepared well, and the Sabans have
experience preparing goat well. After dinner, try a scoop of soursop ice cream, made with the
dark green prickly fruit that grows abundantly on Saba and is known for its health benefits.

After dinner, or before as you watch the sun setting over the sea, enjoy the specialty beverage
of the island, Saba Spice. Concocting this flavored rum is a tradition passed down for
generations on Saba and is a potent blend of high proof rum, aniseed, cinnamon, orange peel,
cloves, nutmeg, spice bush, and brown sugar. Spice bush is a prolific wild shrub that grows in
the forest.

St. Barthelemy
On the island of the rich and famous there is a bounty of notable cuisine to please the palates
of the most discriminating foodies. A blend of African, European, especially French, Creole,
Caribbean and Eastern styles, the culinary specialties on St. Barts are outstanding. The skills of
highly trained chefs and prime quality ingredients make the traditional classic Caribbean dishes
stand-out.

Because there are so many world-class restaurants on St.Barthelemy, the menu selections are
vast and while you have so many scrumptious options, you should surely try some of the
remarkable local specialties. Accras, which are codfish fritters in a spicy sauce, may be notable
on other Caribbean Islands but on St. Barts they are unique because the sauce is considerably
spicier. Other uniquely Barthelemois meals include mahi-mahi en brochette and red snapper in
a vibrant creole sauce.

While much of the Caribbean is not known by wine connoisseurs as the place to find
extraordinary bottles of wine, St. Barts is known for its vast wine cellars and splendid
selections of French wines. This luxurious island would be the place to enjoy a special bottle of
wine to suit your taste. For the beer drinkers, while there are no locally produced craft beers,
La Débauche a French maker, brews the St. Barths, a smooth blonde ale that would be a nice
choice while visiting its namesake.

If you would like something more potent, St. Barths is known for spirts that are infused or
enhanced with herbs. Try a Rhum Vanilla, enjoyed neat or on the rocks and made by soaking
rum with vanilla beans and sugar cane. Another unique example of the creative cocktails on St.
Barthelemy is the Pisco Disco which is a clear brandy with lavender bitters and lime served in a
glass with a sugared rim. 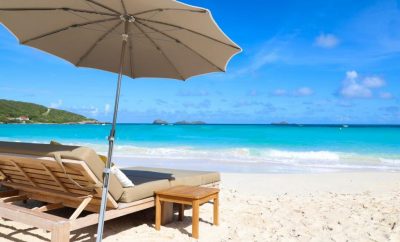