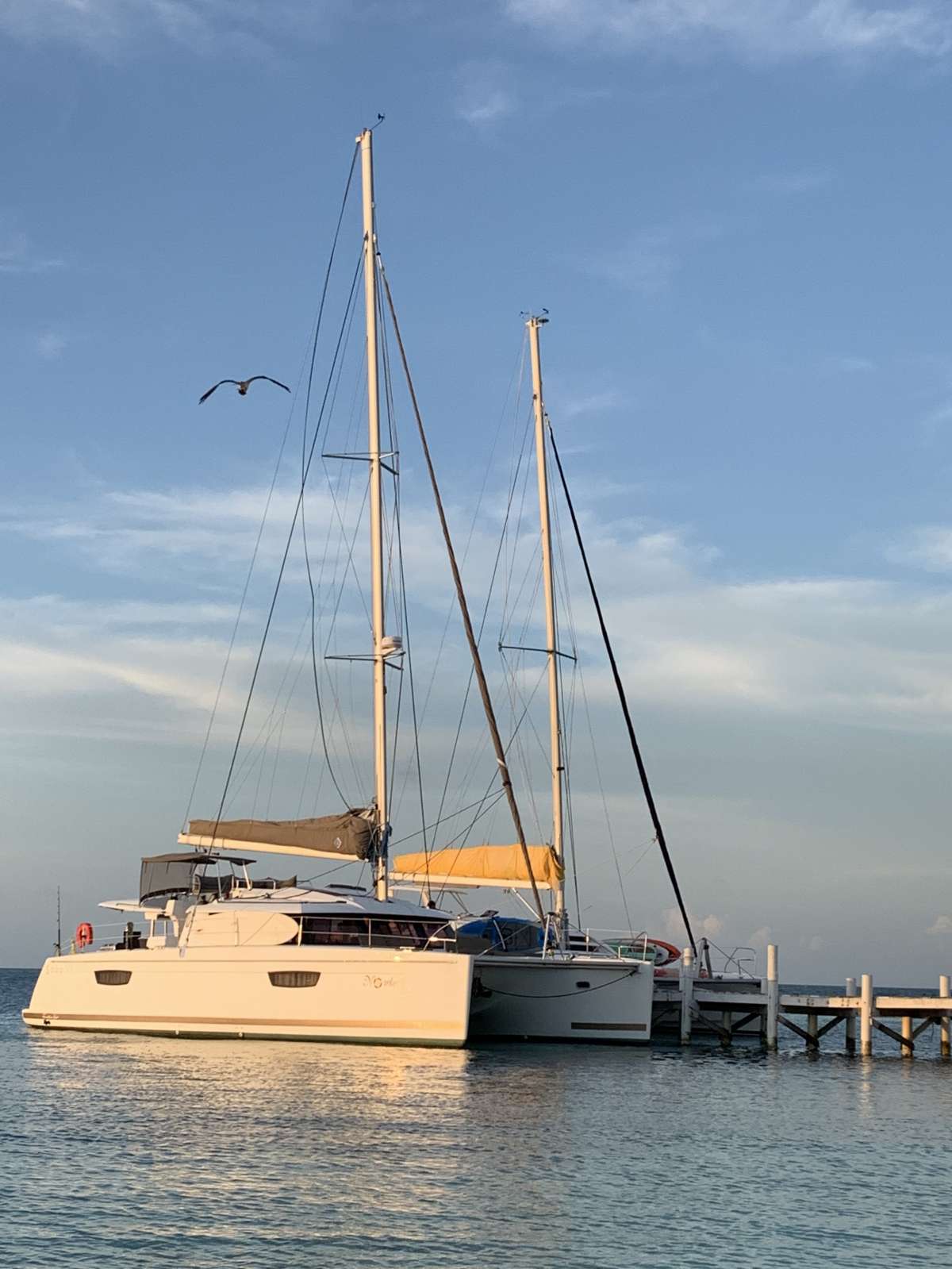 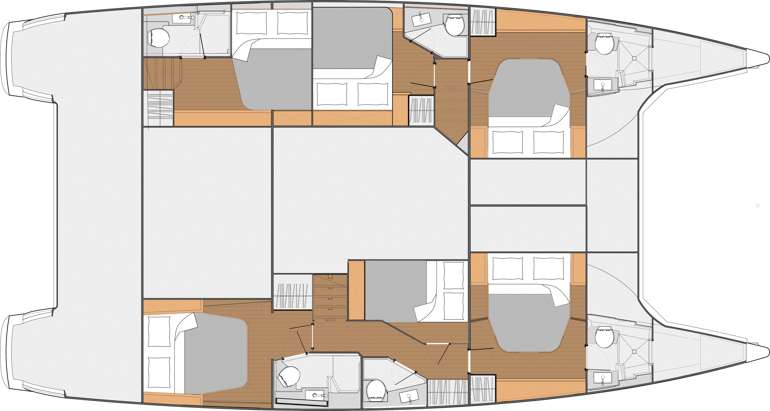 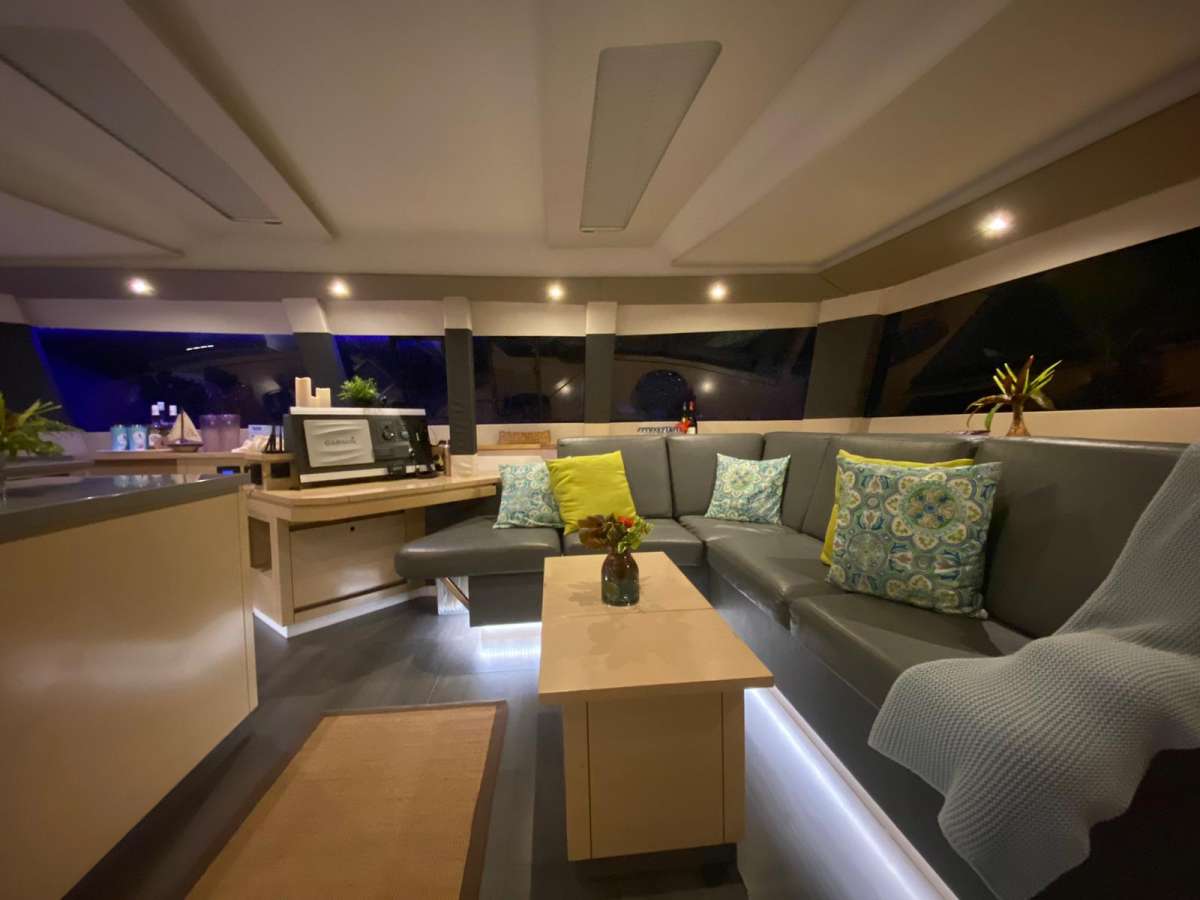 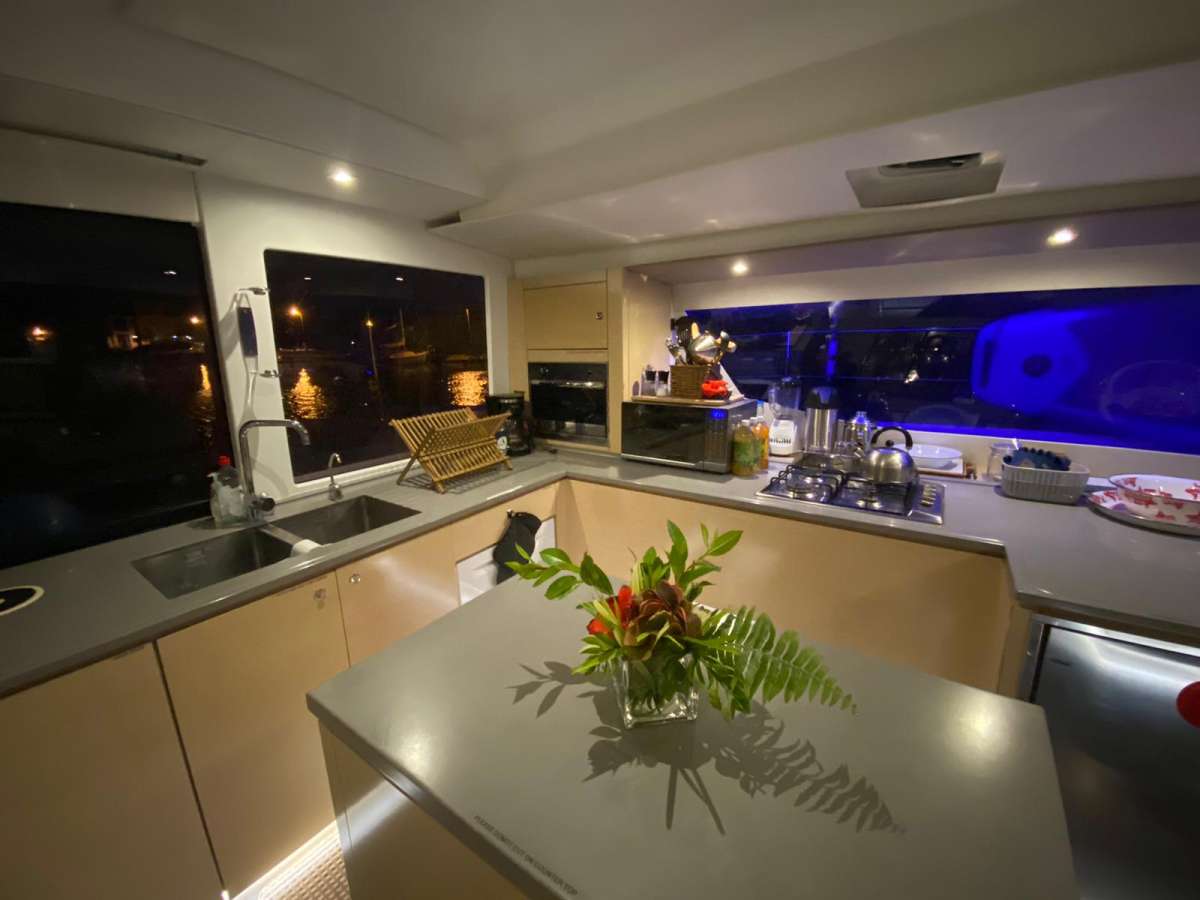 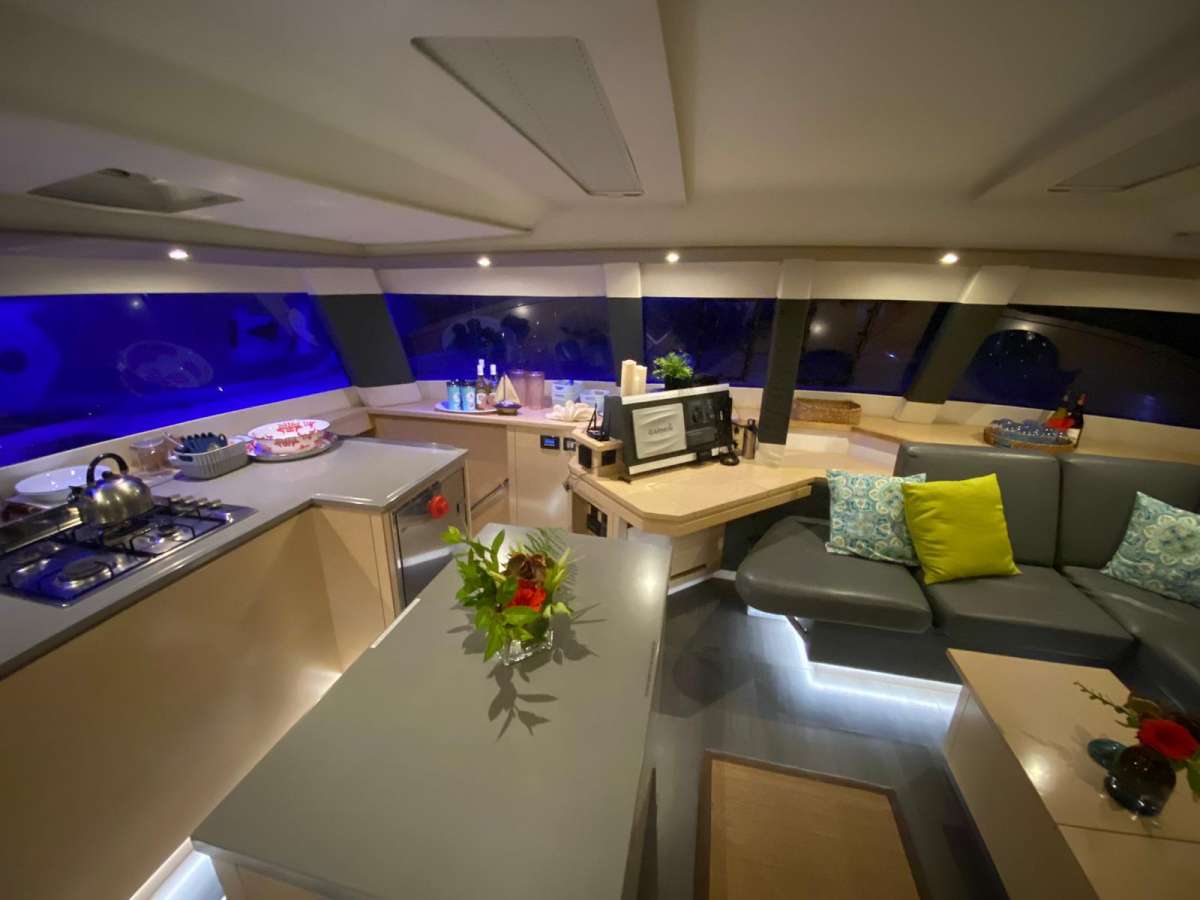 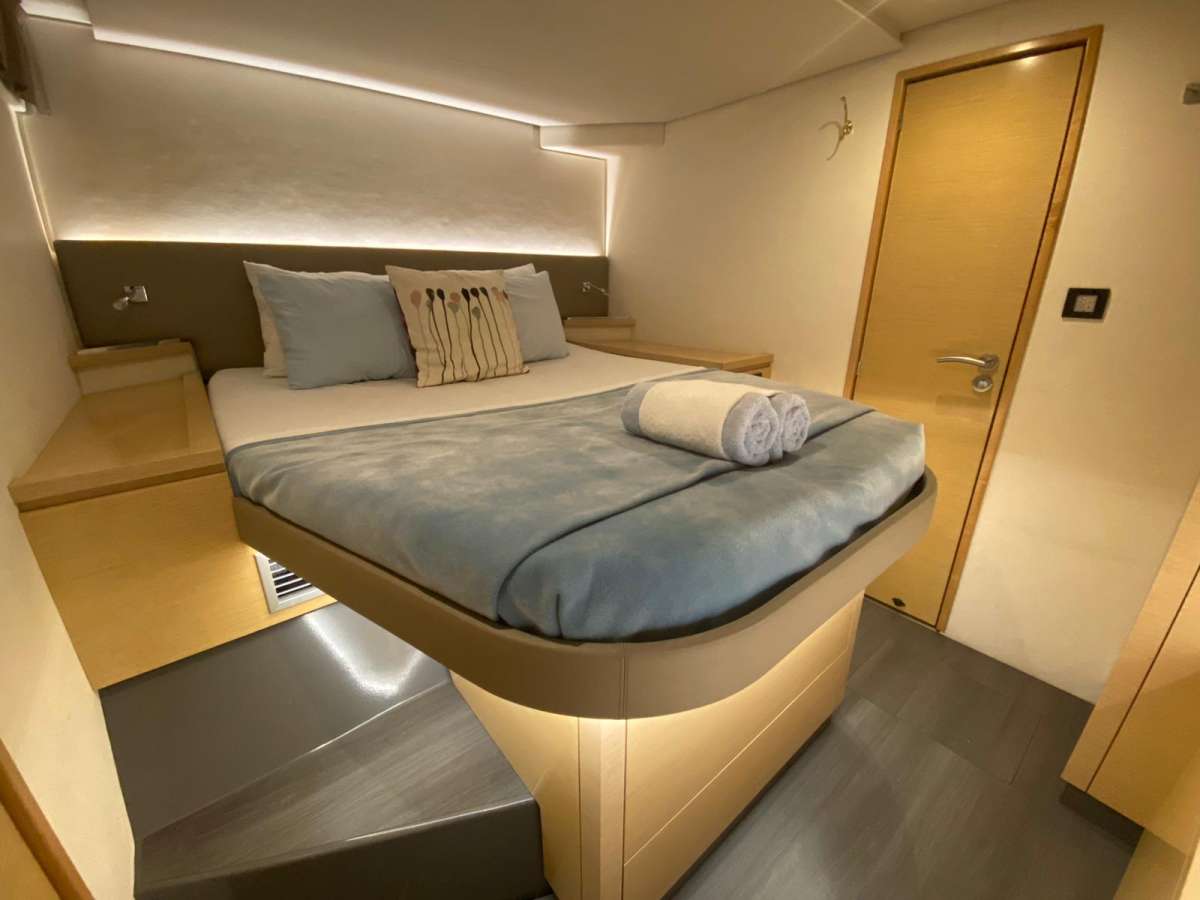 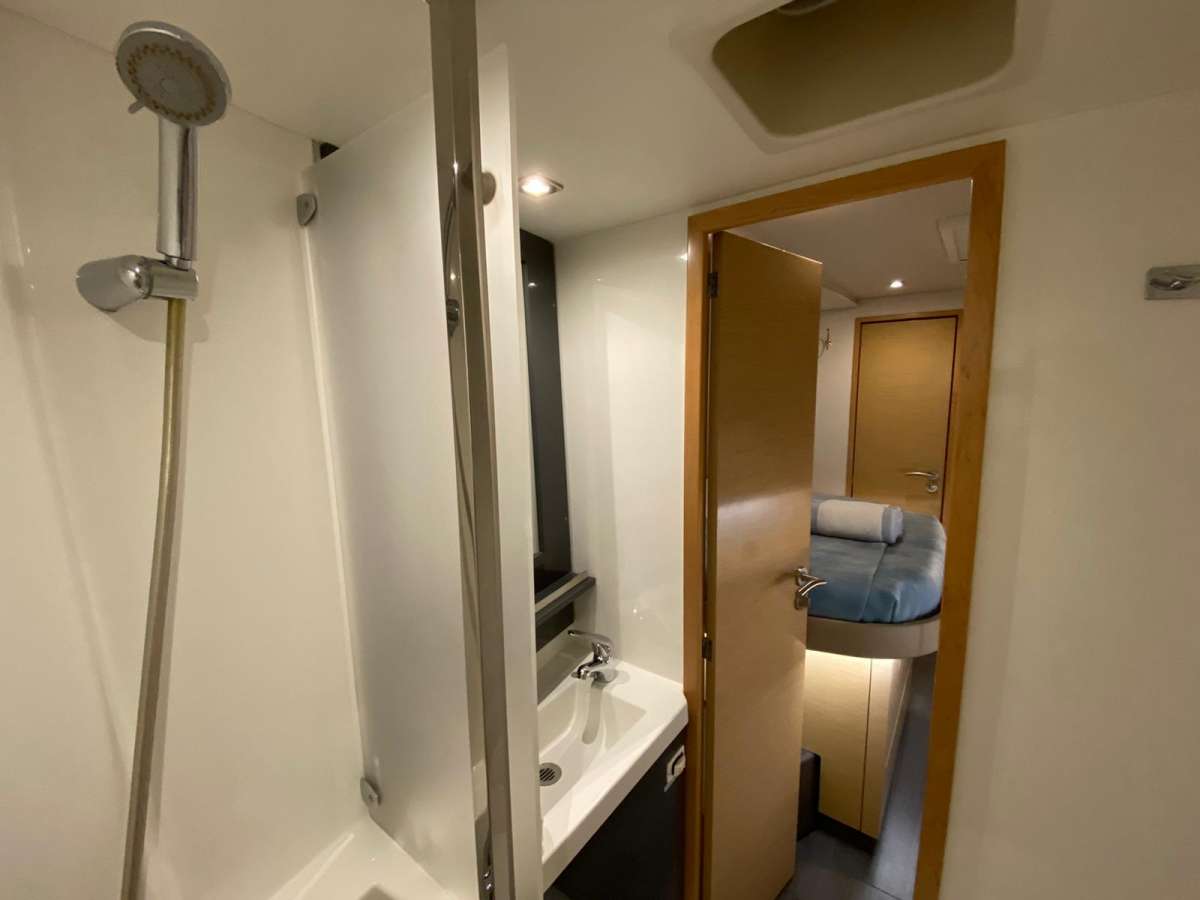 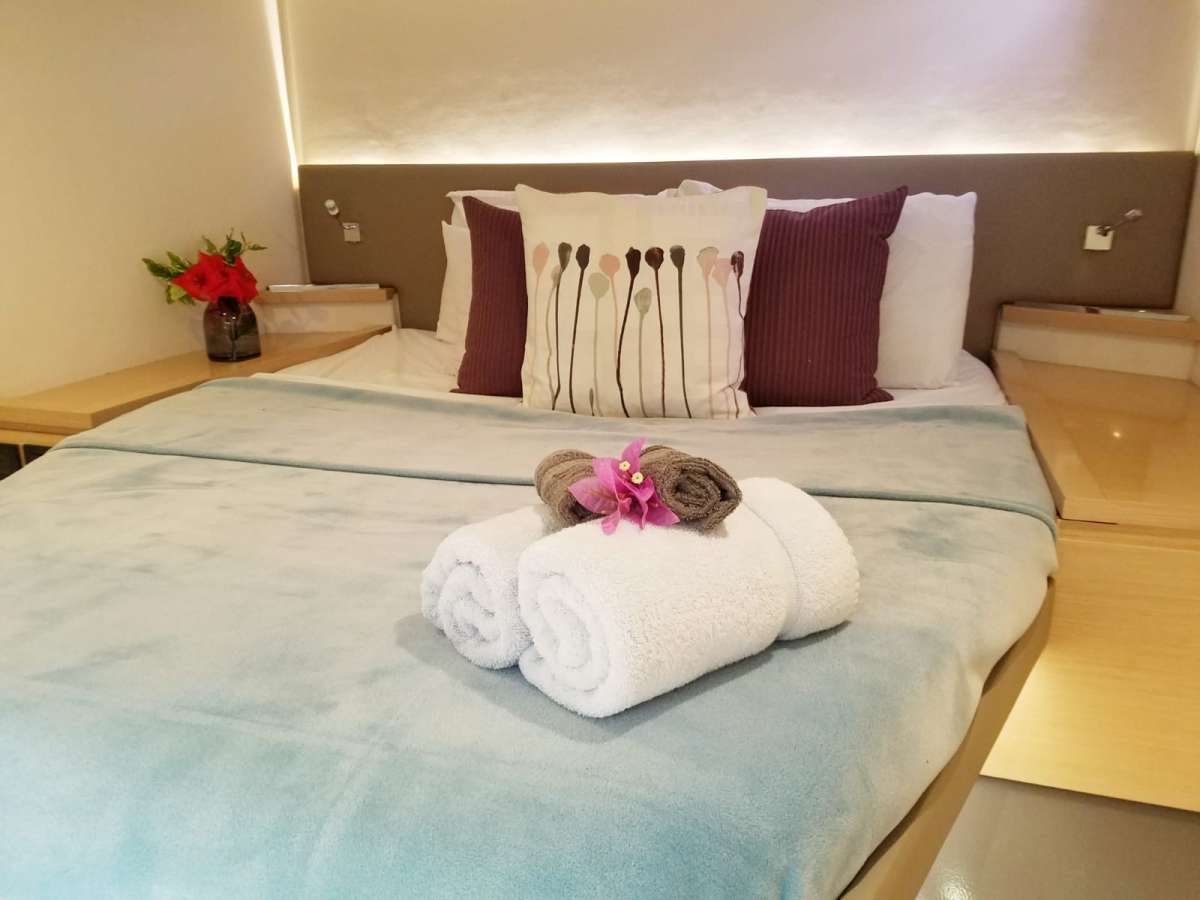 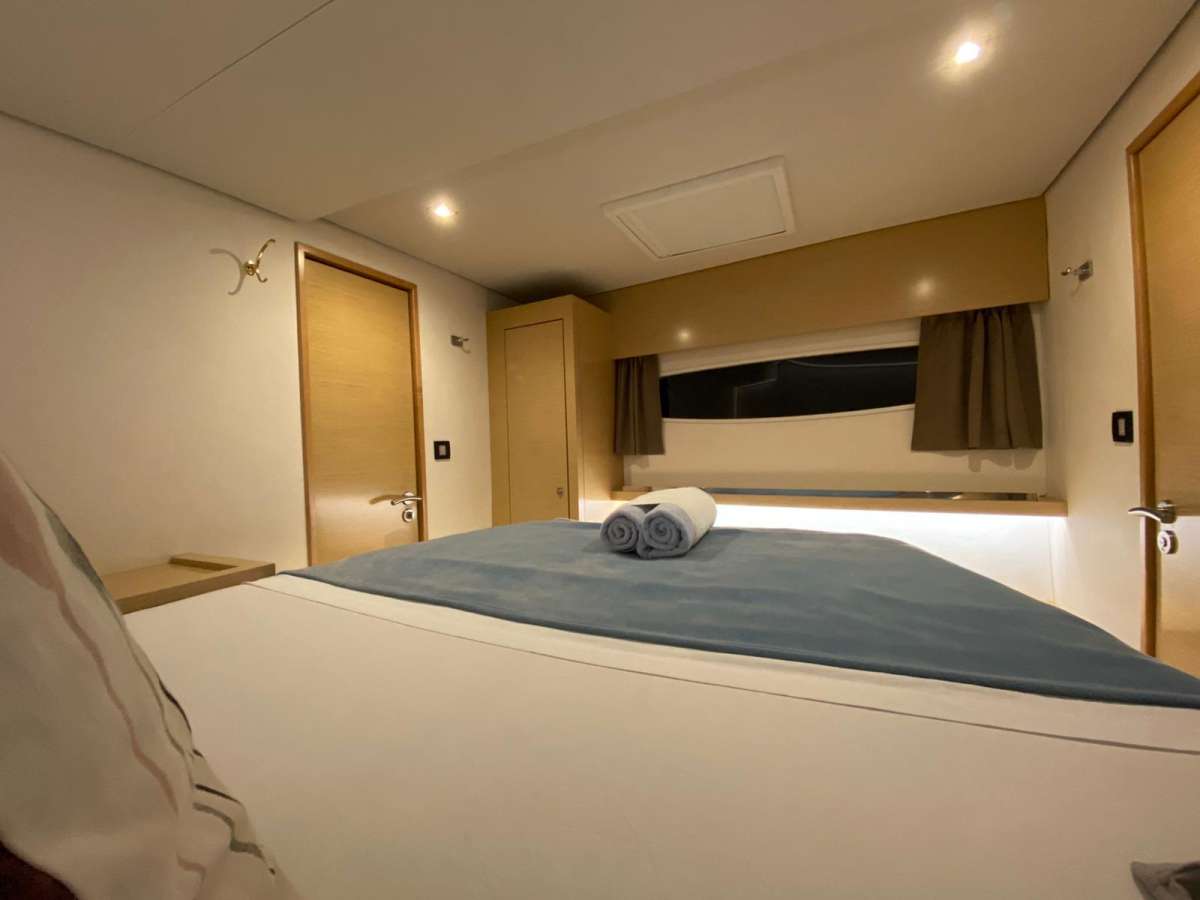 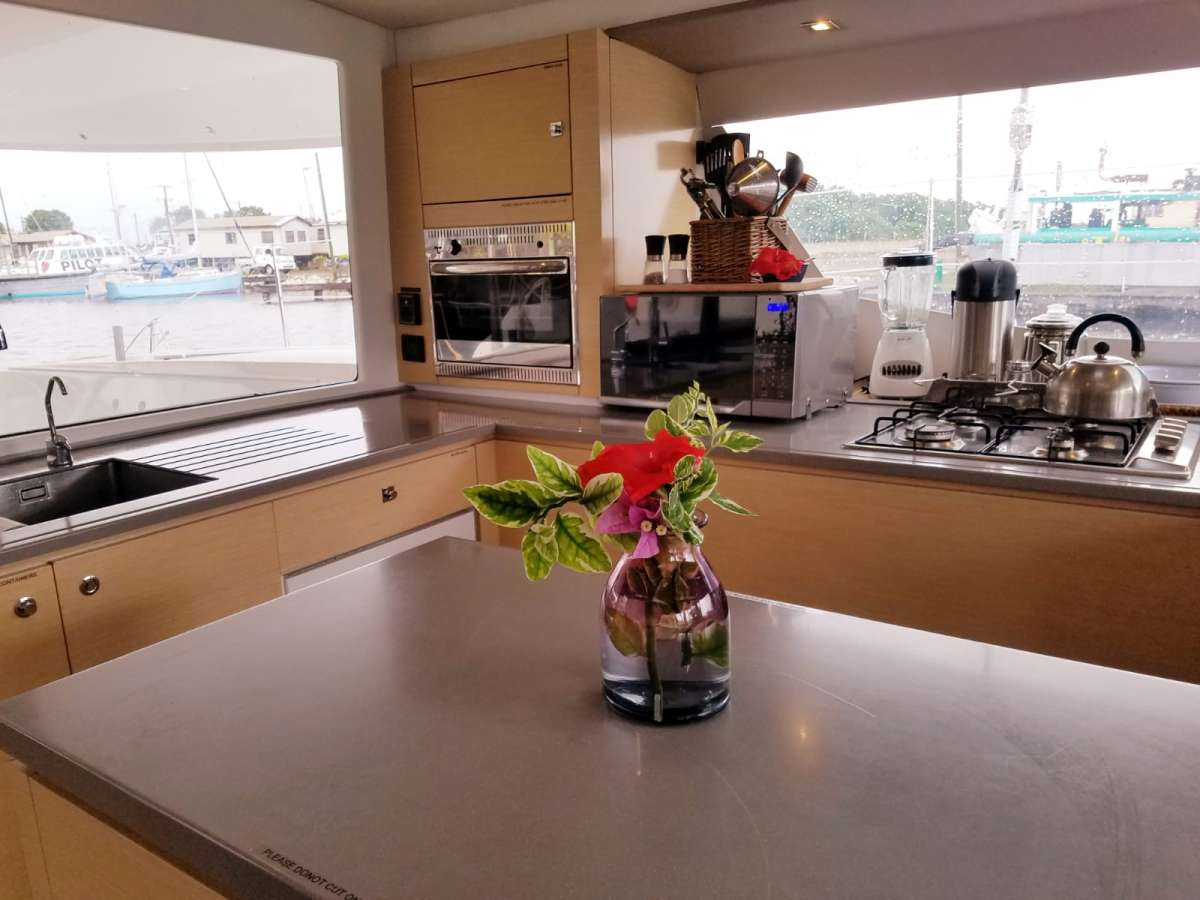 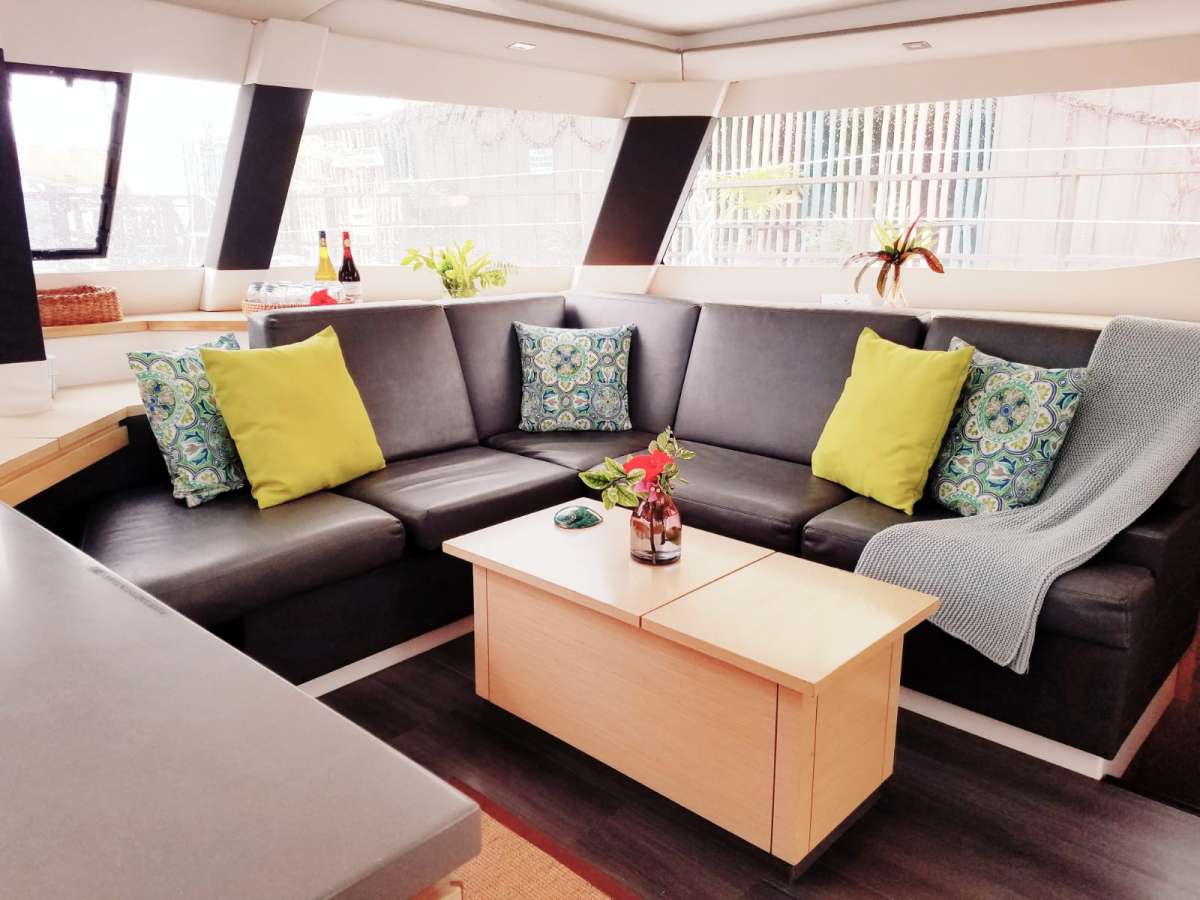 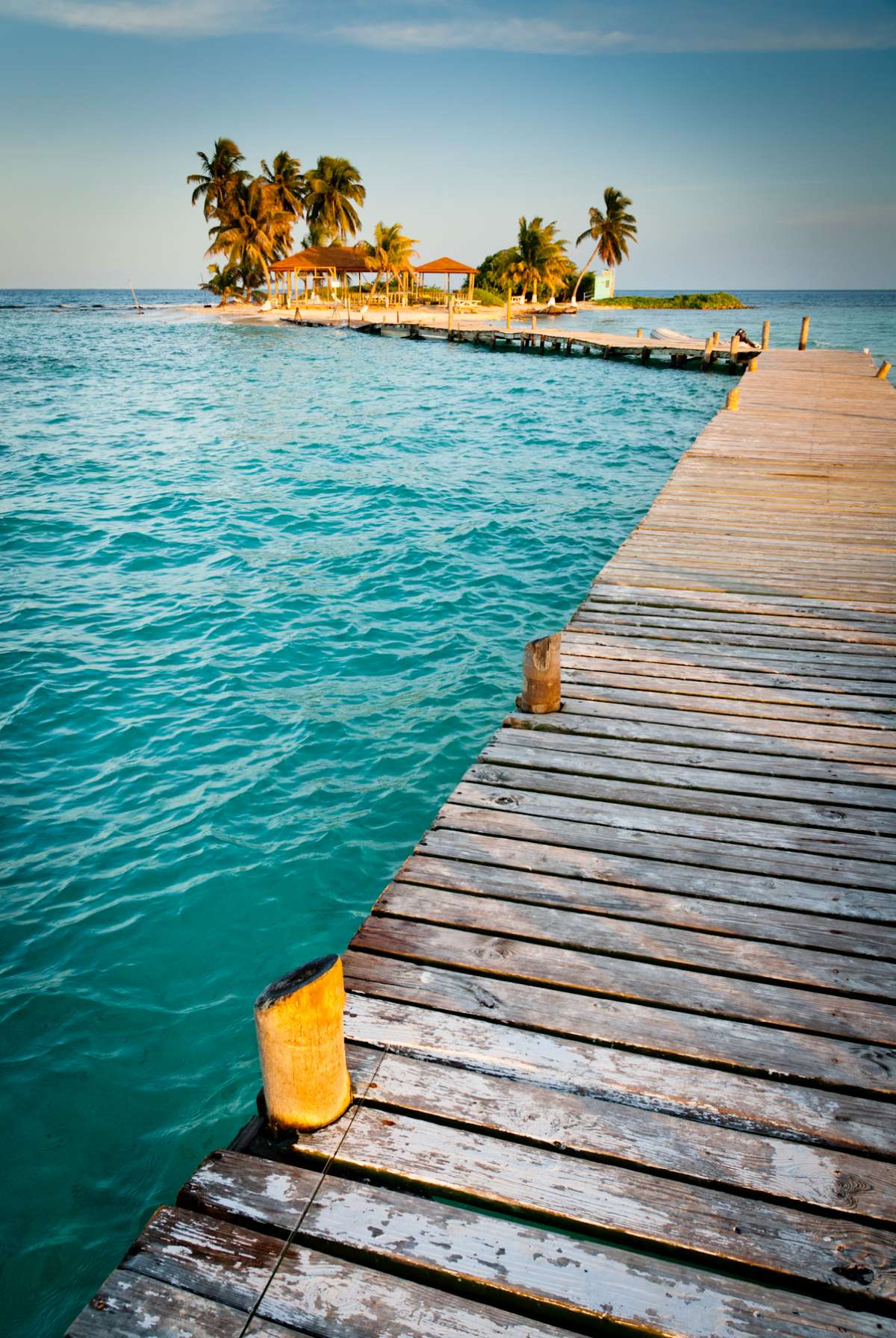 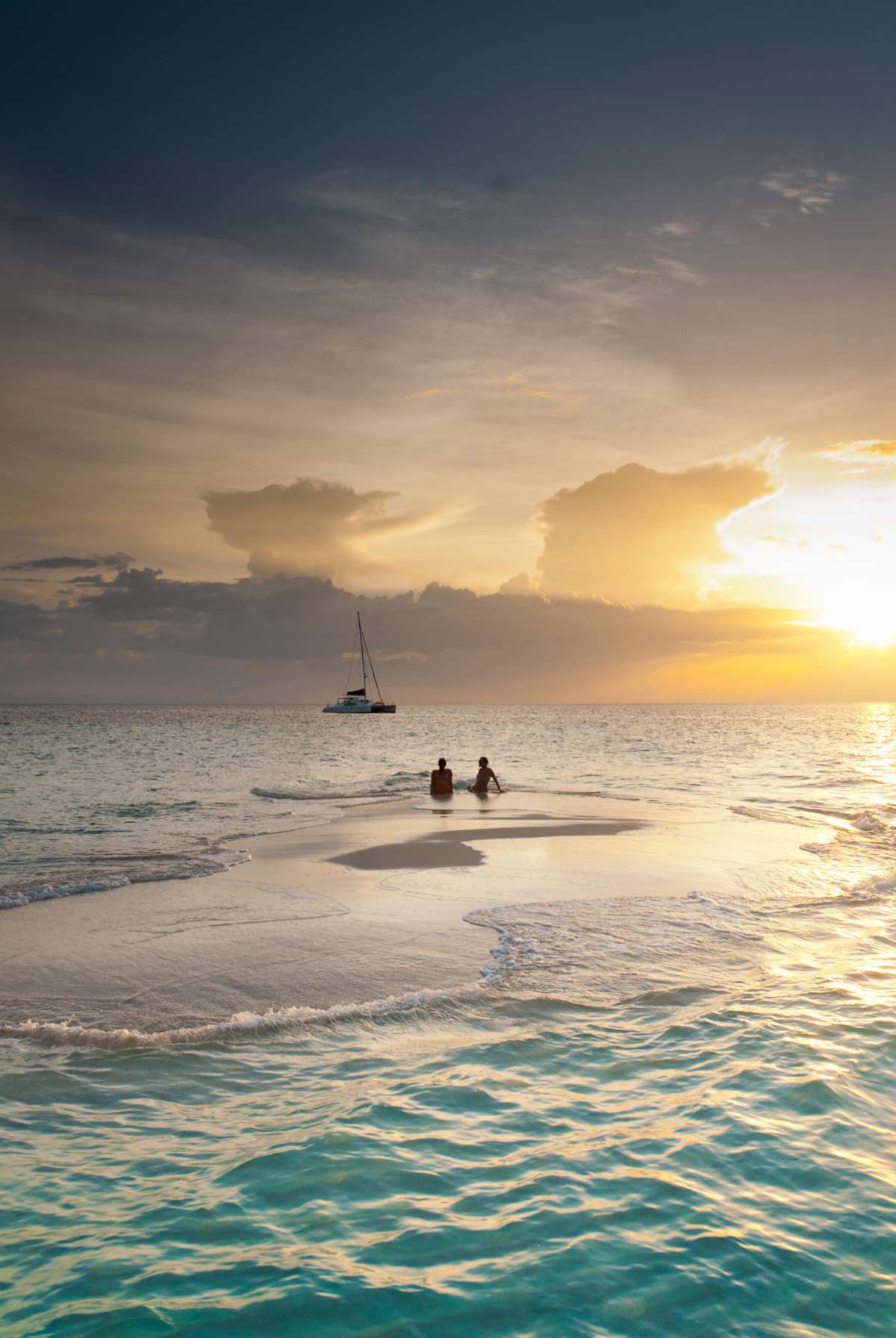 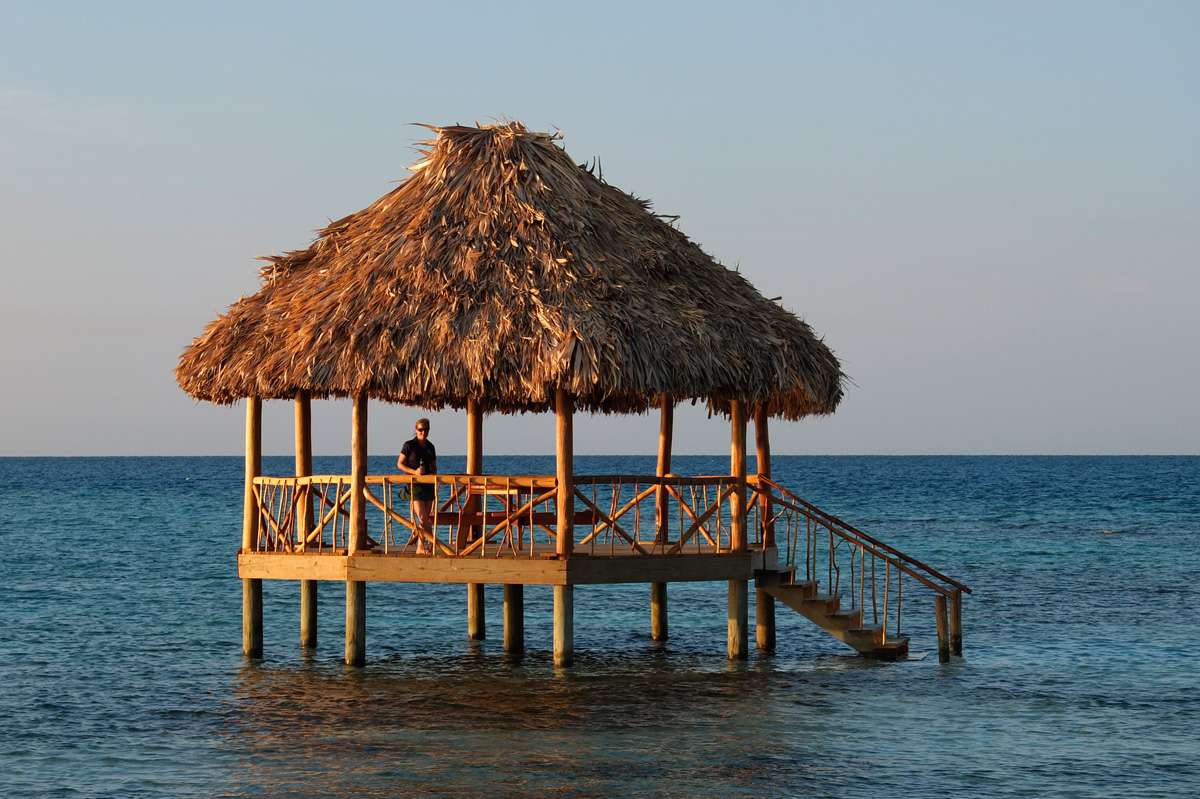 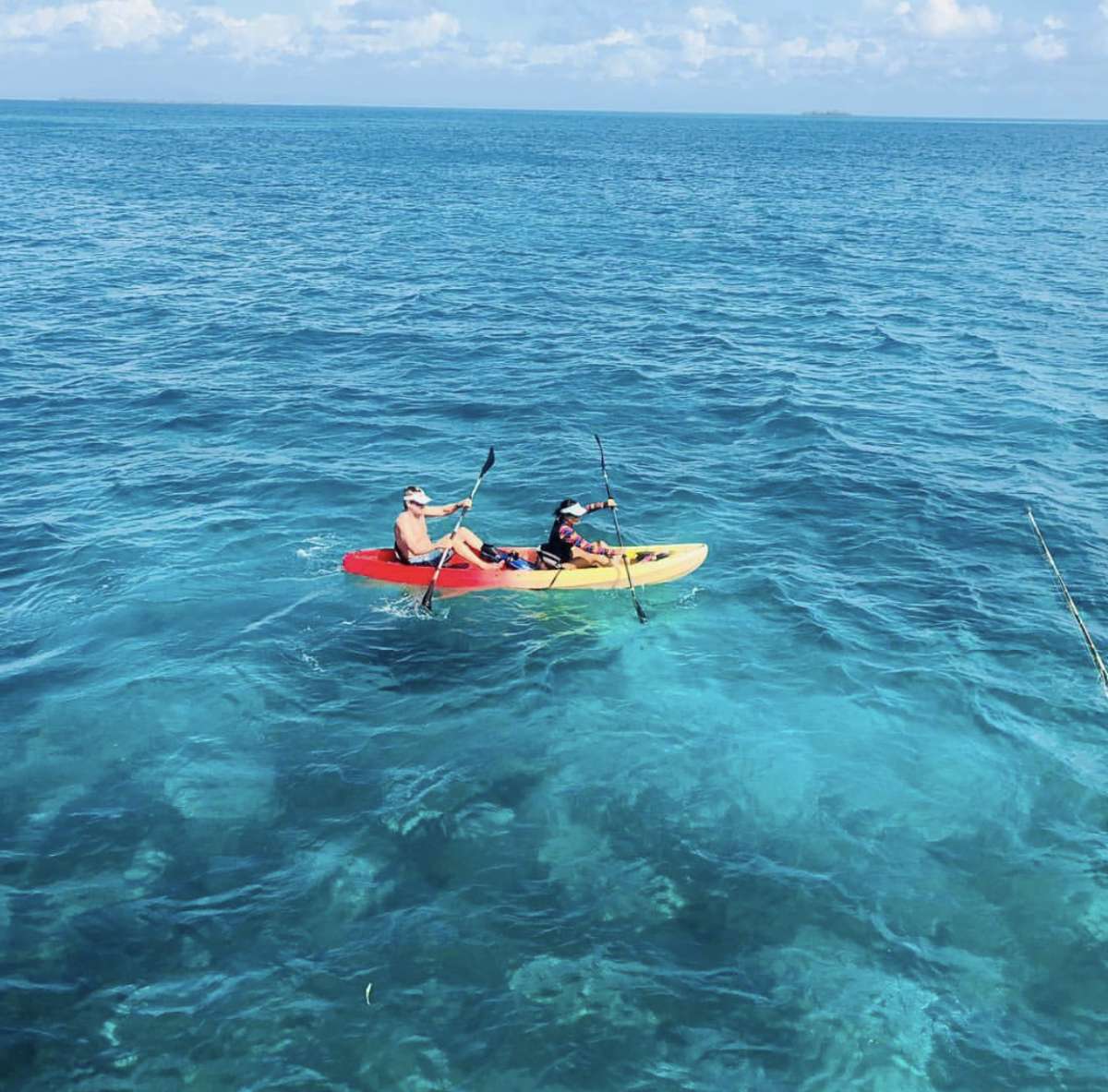 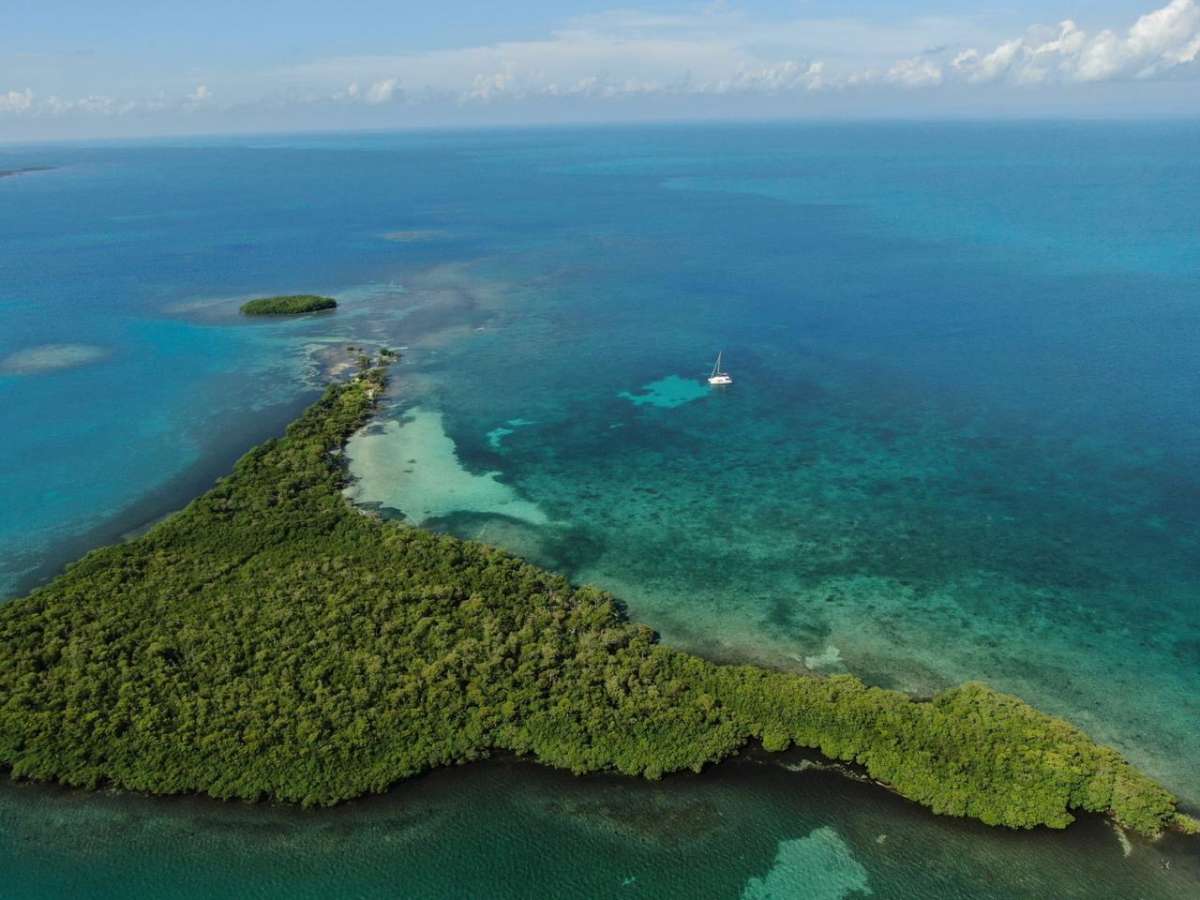 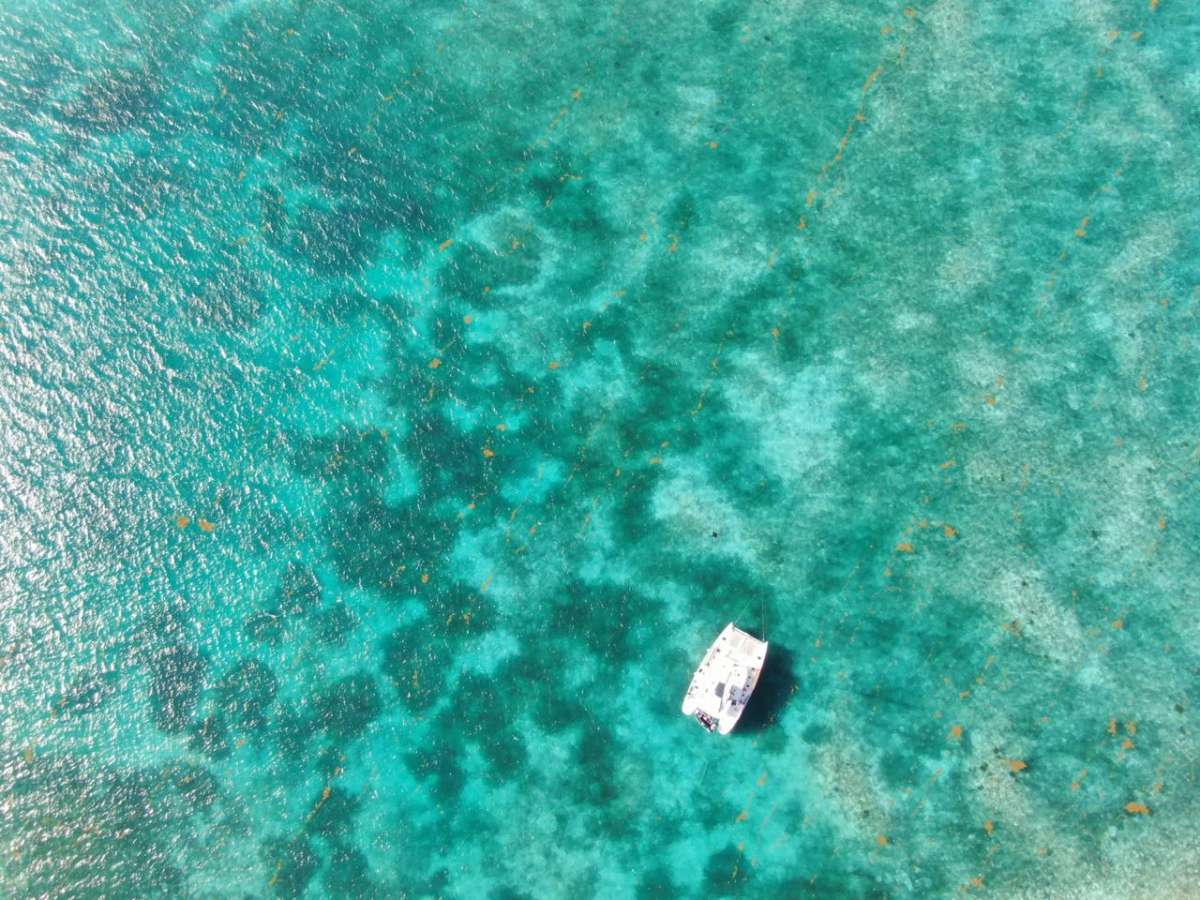 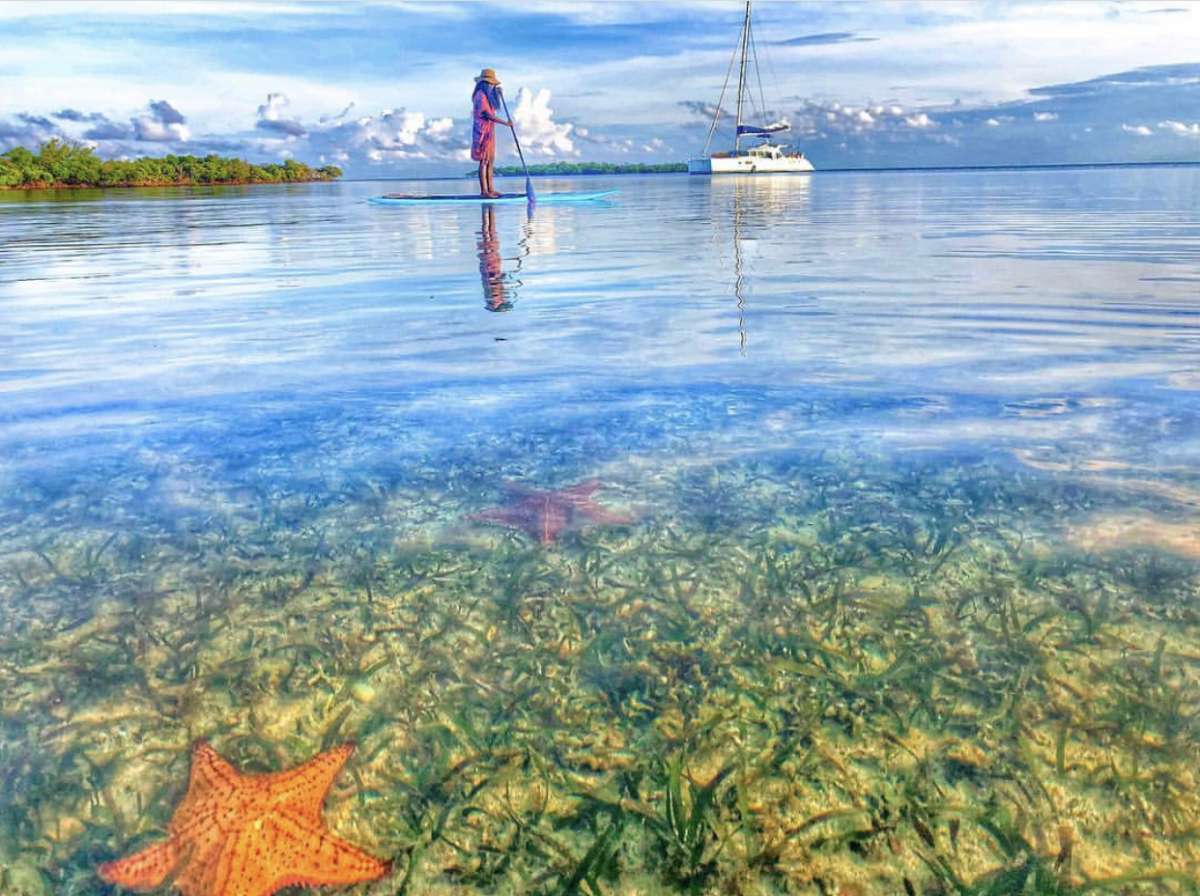 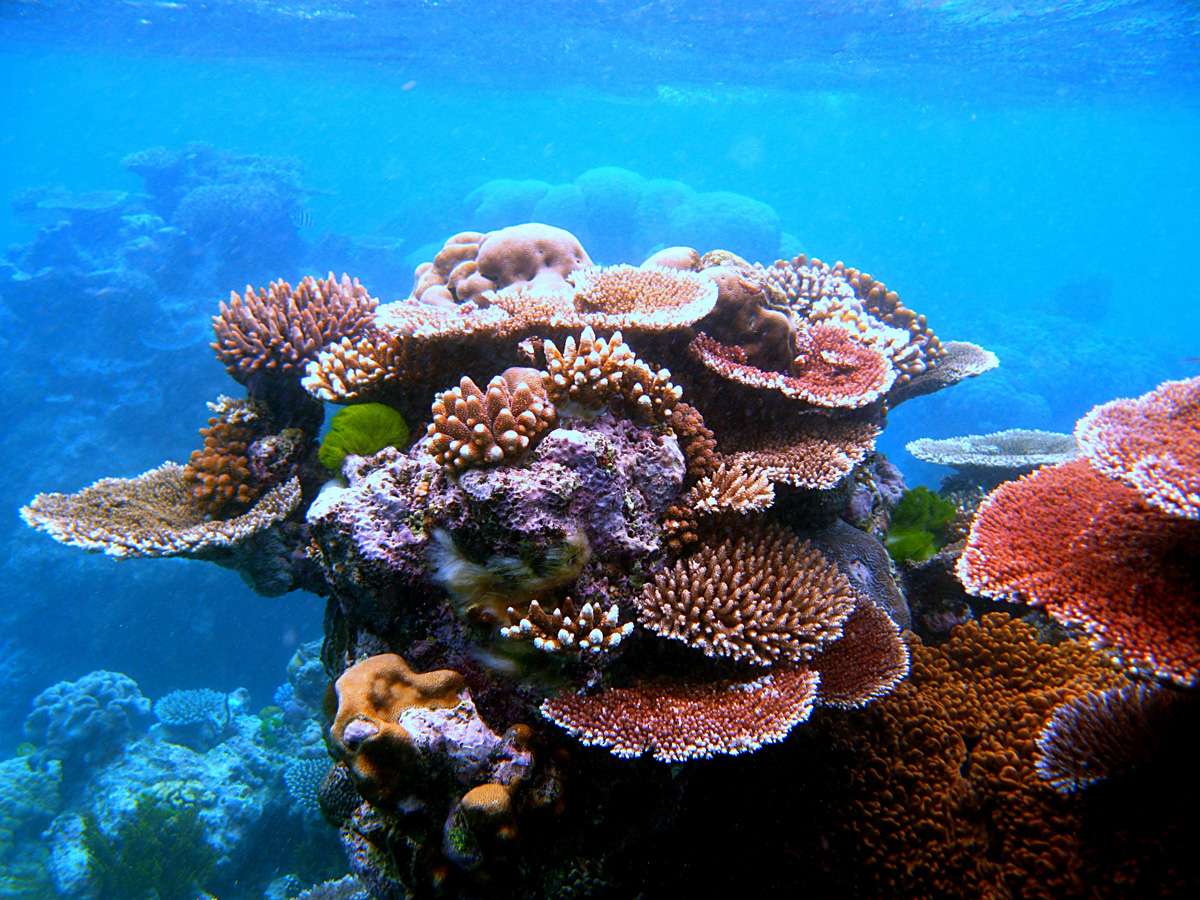 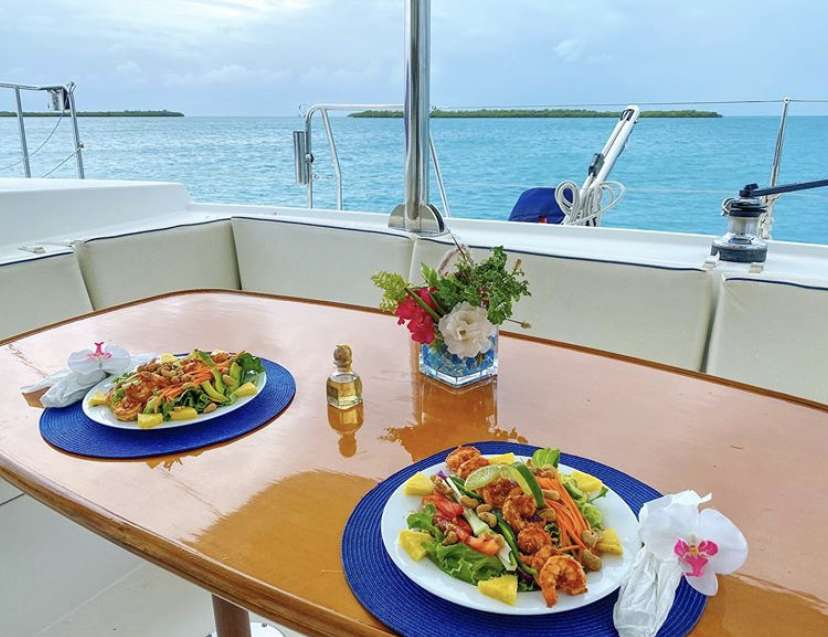 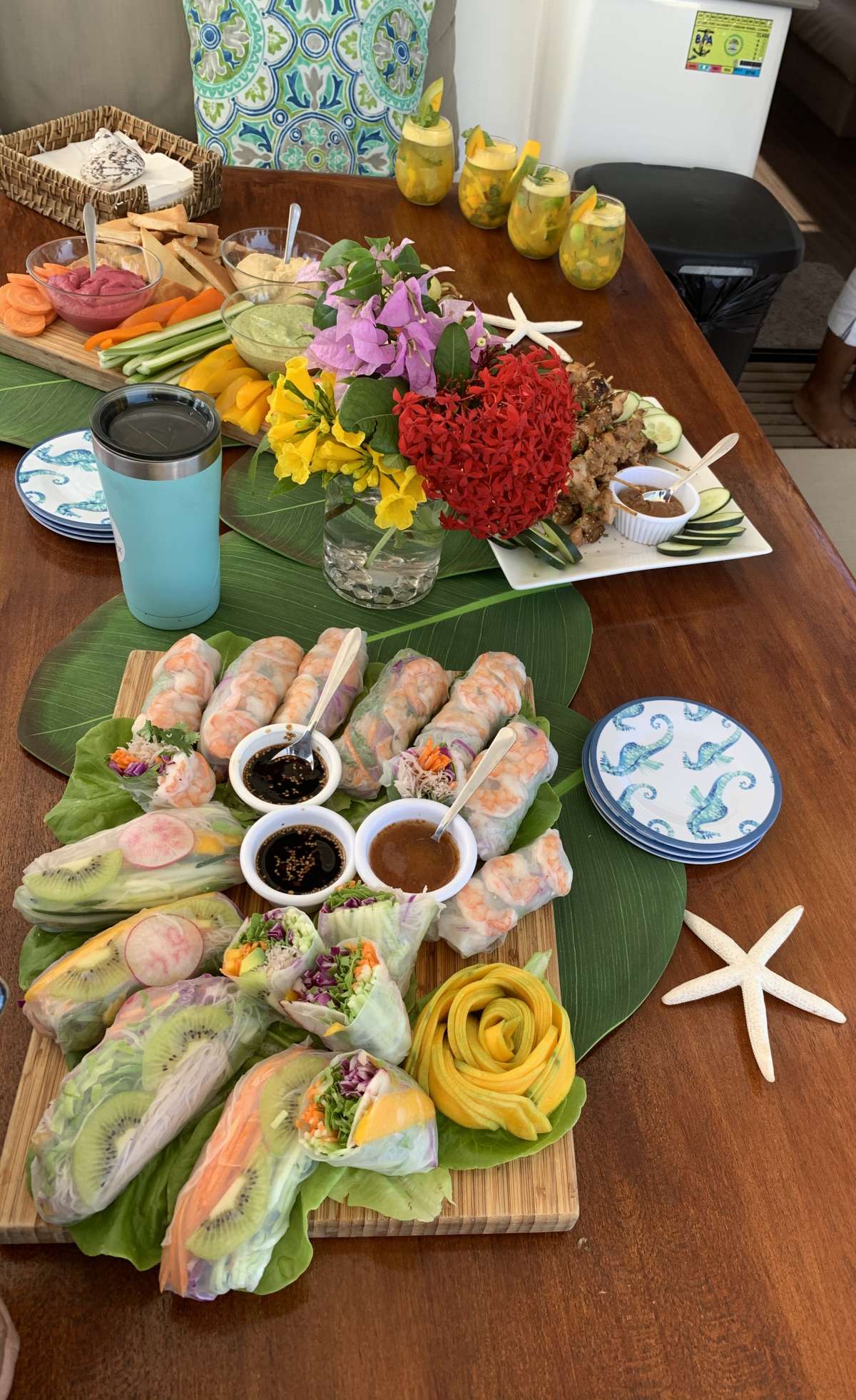 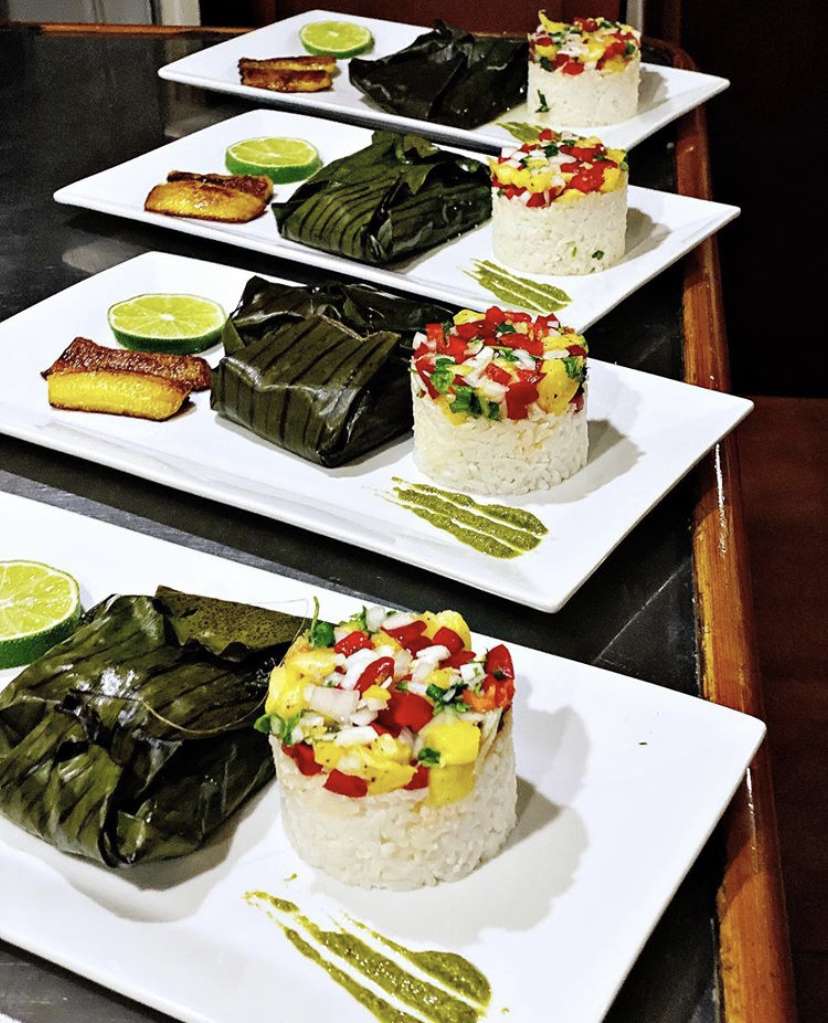 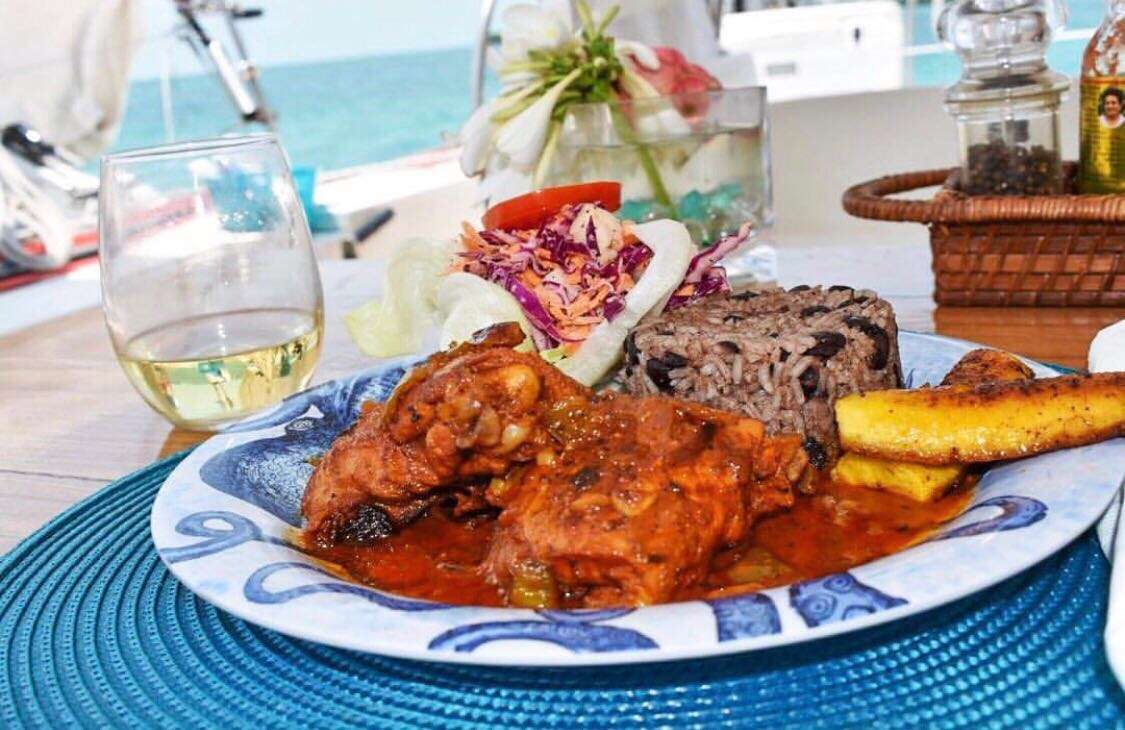 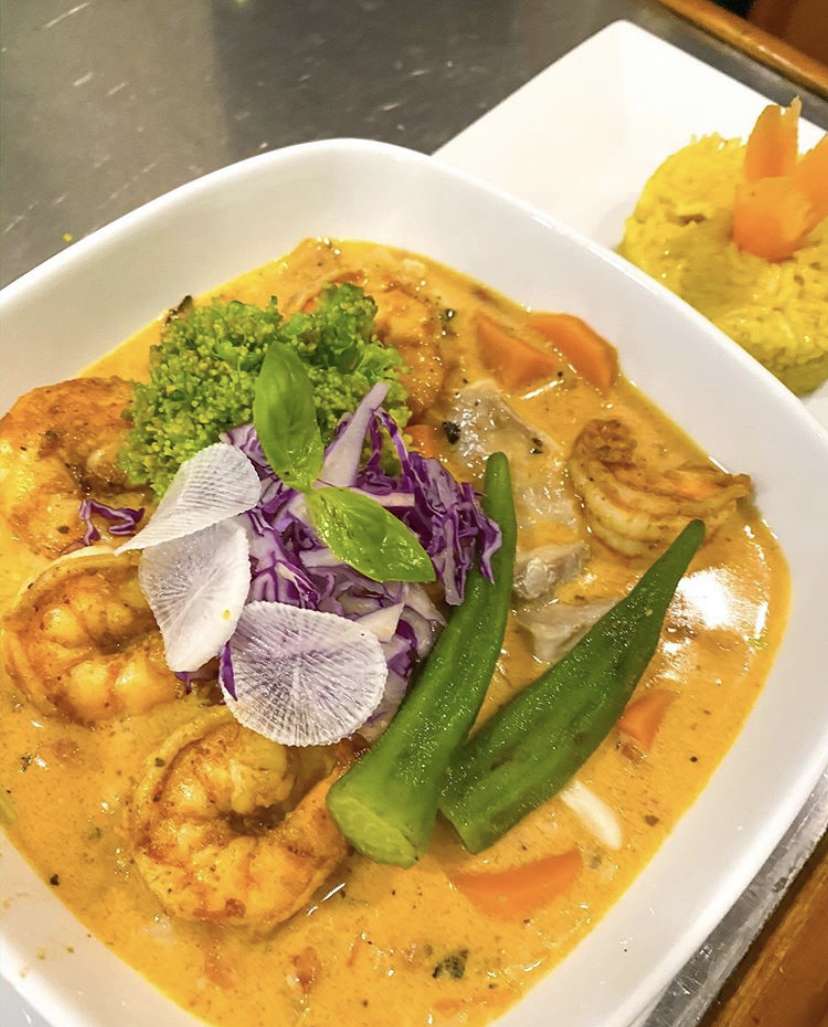 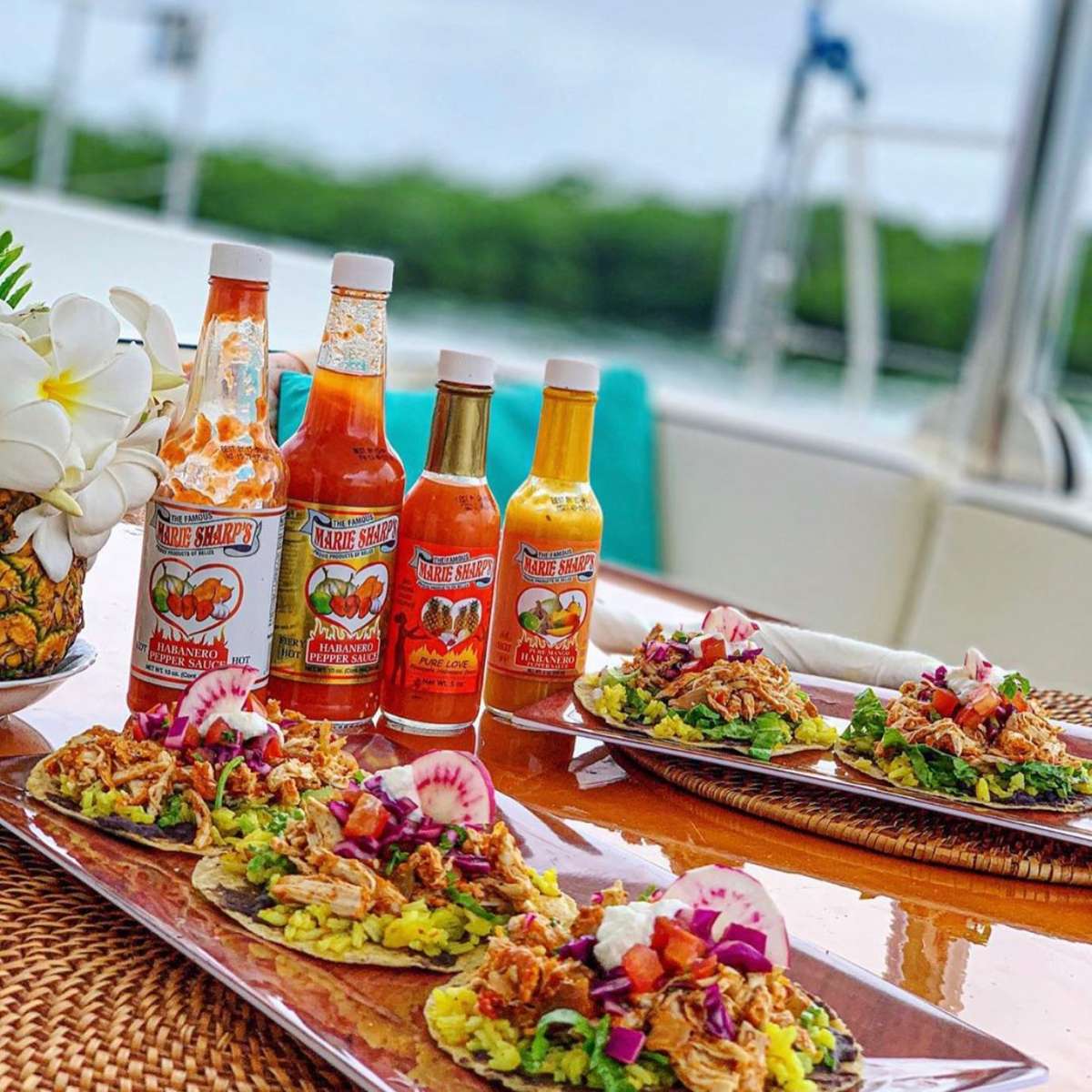 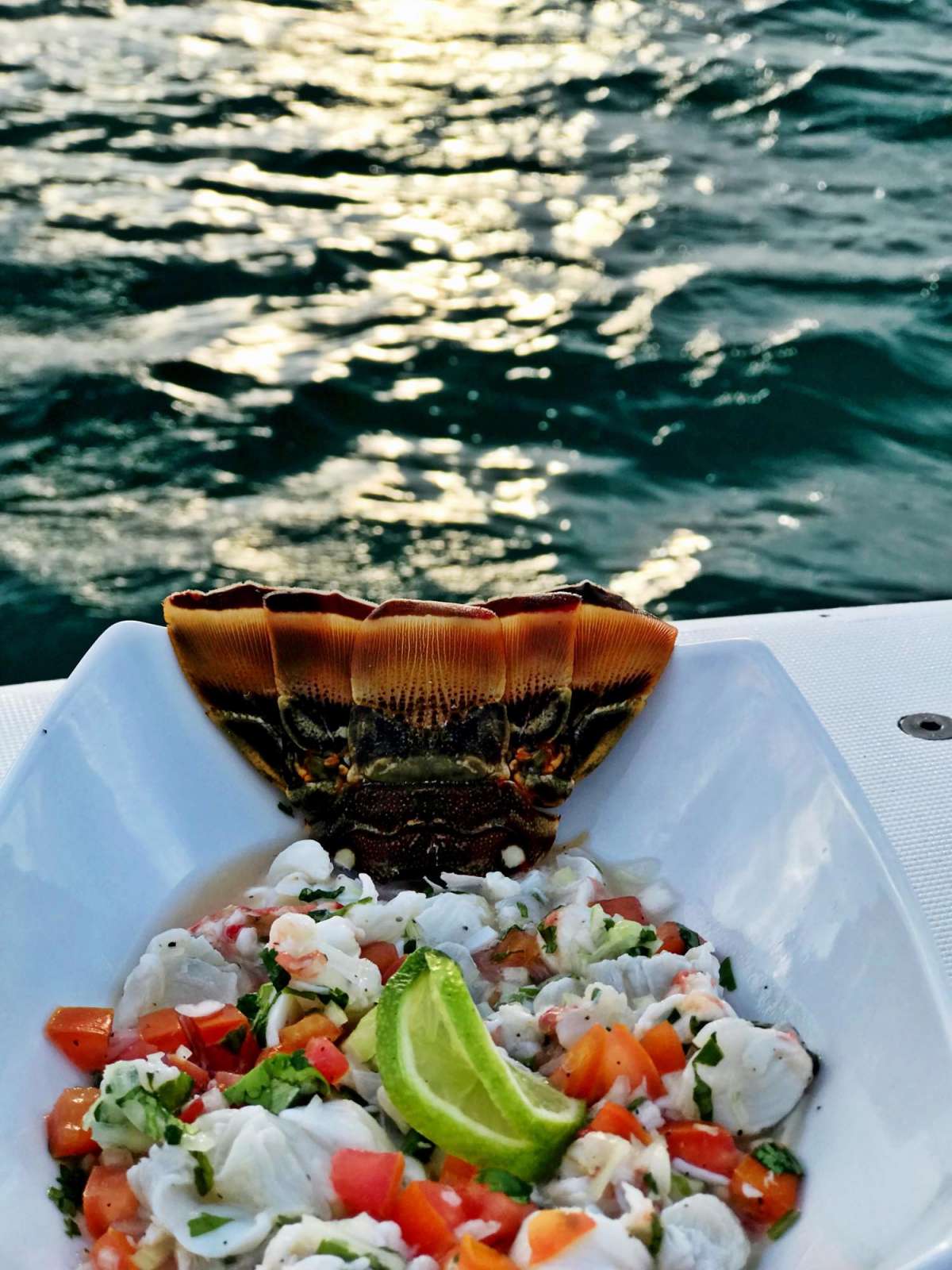 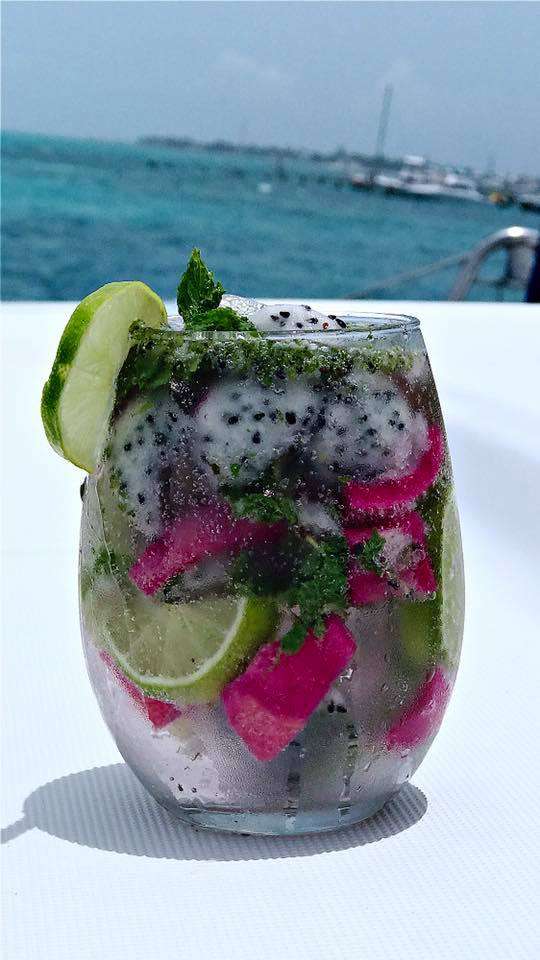 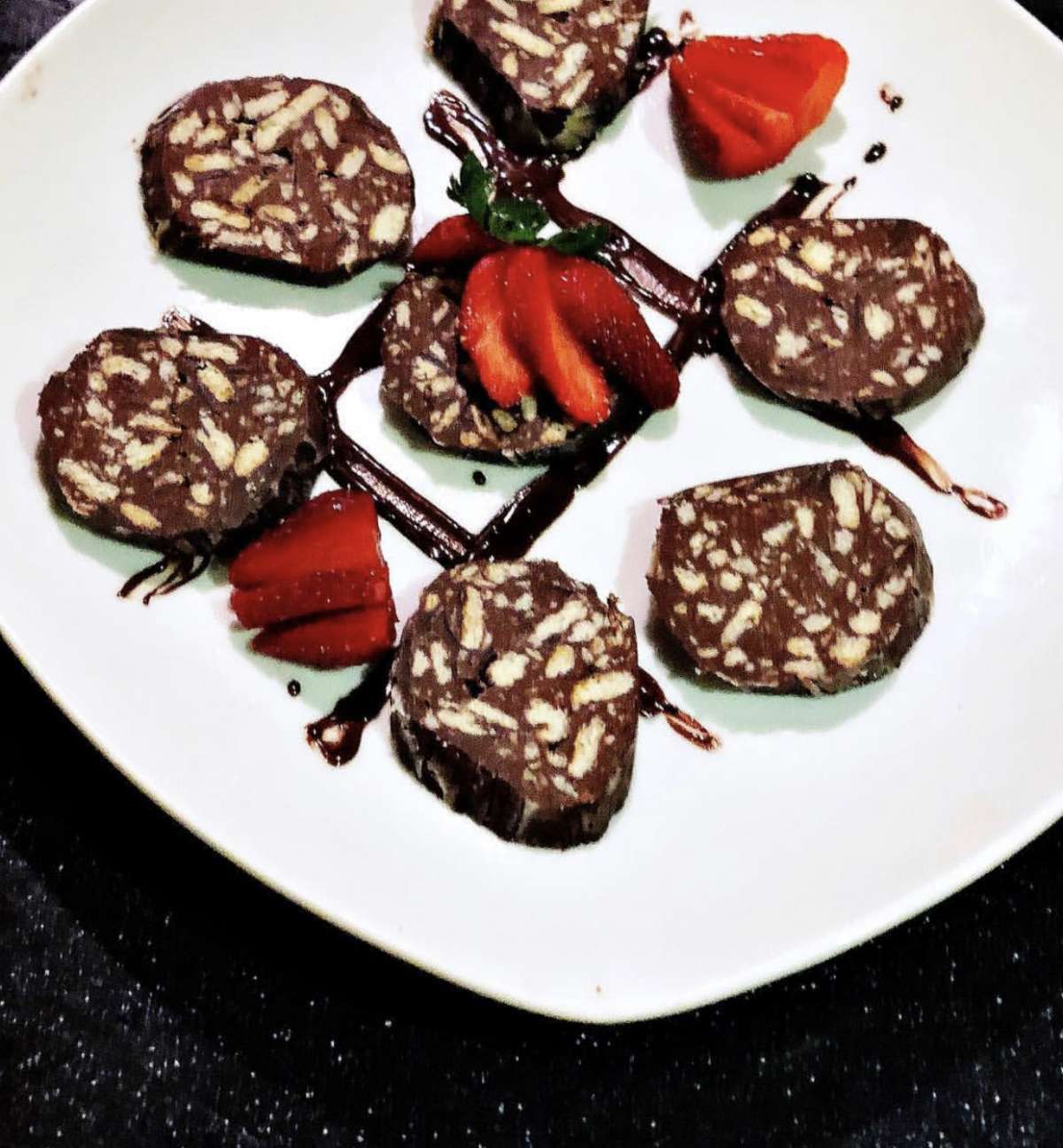 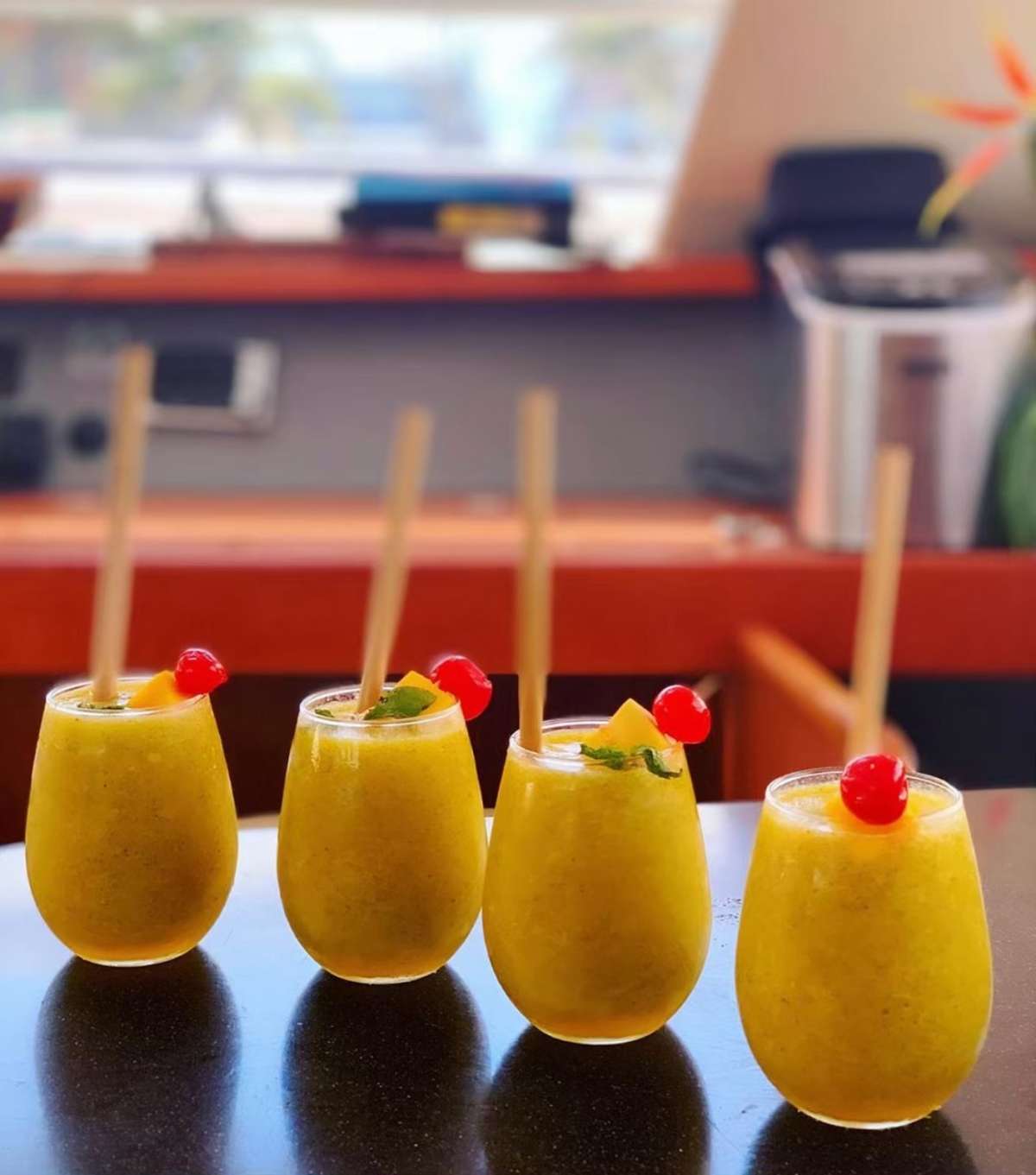 GET MORE DETAILS
Description
Rates
Calendar
Crew
Sample Menu
Yacht Specs
Reviews(1)
Accommodation Details
5 Double Cabins along with a smaller single cabin, suitable for a single person or 2 children. Each cabin has it own dedicated washroom with electric head. Large groups can also make use of the 2 bow cabins accessible from the deck. All main cabins have their own AC controls along with various lighting options.

The prices shown are for the entire yacht for a week-long (7 nights) charter.


The high and low prices of this yacht depend on both the number of guests and the traveling season. Contact us for exact pricing.

Crew schedules are subject to change. We will reconfirm your crew 30 days before arrival.

Ruben hails from Ambergris Caye, one of Belize’s key tourism destinations. He’s been involved in the tourism industry his entire life, working as a master scuba diver and fisherman for nearly 20 years. He owns his own business specializing in private dives, snorkeling, and all types of fishing (reef, spear, and deep sea). Ruben brings a wealth of experience to the BSV family, working as one of the company’s main captains for the past six years. In addition to his captain duties, you’ll find Ruben leading his guests on snorkel and dive adventures as well. And, when he’s not on charter, Ruben remains actively involved in all aspects of Belize tourism, serving as a director for the Belize Tourism Industry Association (BTIA) and a Tour Guide Director for the Tour Guide Association in San Pedro.

Hailing from the island of Ambergris Caye, Maresha has achieved many accolades in her 15 years working in the restaurant and hospitality industry, primarily from her own restaurant 'Pirate's Treasure', which she opened at just 21 years old! Known as the "Spitfire of the Kitchen", Maresha has won various awards in local culinary competitions and achieved 2nd place in the Belize Tourism Board's "Taste of Belize" nationwide competition in 2016, going up against chefs from some of the most critically acclaimed restaurants in the country. Her Chef's Table concept sees her cooking 3 course meals from scratch for up to 18 people at a time in a theatre style setting.

Her passion is being on the beach, cooking and making meals look like works of art.

We are able to cater to any and all dietary requirements. Below is our sample menu.

Breakfast is served with fresh fruit, breads, island jams and a selection of beverages including local artisan coffee

This is a sample menu and subject to change, based on availability of the best produce. Lobster season runs from June 15th to February 15th.

Scuba Yacht offers Rendezvous Diving only
Air Compressor Not Onboard
Diving Info
We offer rendezvous scuba diving in various Belize Dive Sites throughout the country. Spectacular Belize diving locations include the Blue Hole, Hol Chan Marine Park (Shark-Ray Alley), Turneffe Atoll, Lighthouse Reef, Ambergris Caye, and various locations throughout the world's second largest barrier reef. Scuba Diving in Belize is made easy allowing you to travel in style and luxury and meet up with the top Belize Dive operators who provide ith knowledge of the best sites, with local dive masters & instructors to create the ultimate Belize diving experience. We provide flexibility and diversity that will satisfy the most avid diver and appeal to non-diving companions, families and groups. PADI Certification, Belize Dive Packages, and Resort courses also available.

I am not sure where to begin! We have been on many boat charters before (7 to be exact) most of the time bareboat but because of the uncharted waters of Belize we opted for a Captain this go round. We had a friend use BSV in 2019 and we thought “hey, let’s give it a shot!”
BSV went ABOVE and BEYOND in every aspect of this trip (even considering what 2020 has thrown at all of us). From the booking, to answering hundreds of emails back and forth. The easy arrival to Belize and transportation to the marina. Then there was our gorgeous boat, stocked with everything you could imagine. Our chef and captain could not have been better. We ate like kings and queens and got to do some of the most amazing snorkeling and fishing ever.
We WILL definitely be back. We are already talking about a trip in 2021. I could never recommend this company more. They are worth every penny and you would never regret your decision to sail with them.
Thank you BSV for the BEST vacation ever. And THANK YOU for making 2020 feel slightly “normal”!!!!